As is the case with tefillin, it is difficult to determine how widespread the practice was of affixing a mezuzah (pl. mezuzot) to the doorposts of a house of public building. Literary evidence from the Letter of Aristeas and Antiquities of the Jews, as well as archaeological evidence from Qumran (fragments of mezuzot have been identified at Qumran Cave 4 and designated Mezuzah A-G 4Q149-155), makes clear that mezuzot were in use during antiquity. The finding of phylacteries and mezuzot at Qumran prove that more than a century before the destruction of the Second Temple in 70 C.E., some Jews were already observing these practices. Furthermore, these rituals were becoming increasingly standardized until their customs were fixed in the Pharisaic-Rabbinic system after the destruction. 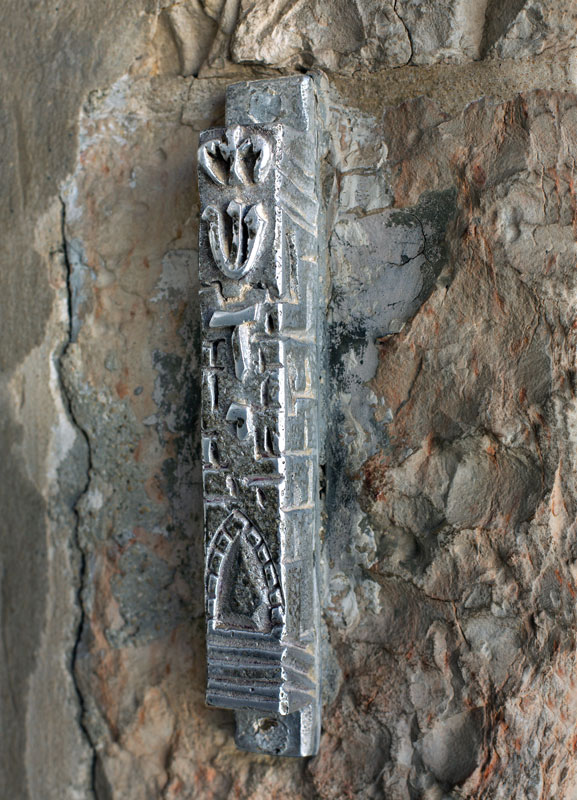 Mezuzah on a doorpost in the Old City of Jerusalem. © Mikhail Levit/Shutterstock.com