Basic resources for getting started with Judaic Studies research 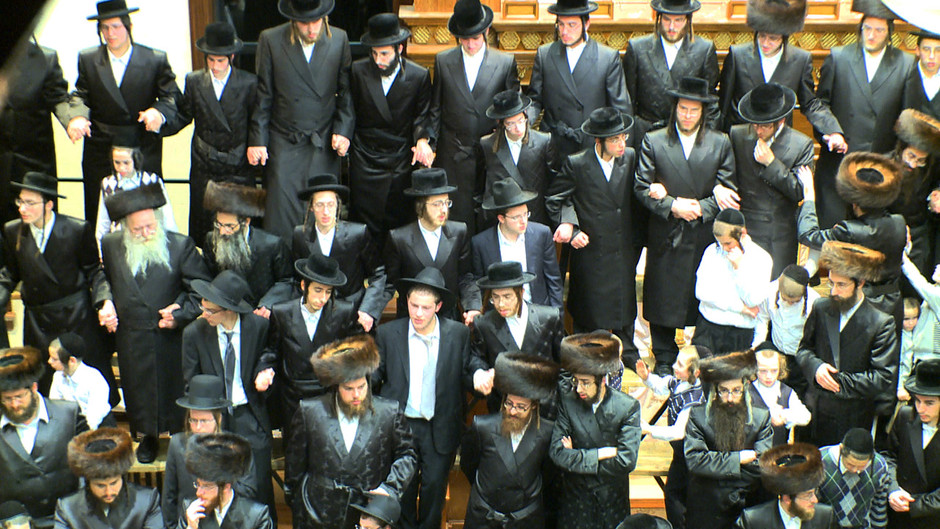 Above appears to be a celebratory gathering of Hasidic men of varying ages.  The younger and unmarried men wear black hats and the elders are wearing the fur trimed hats that are worn by Hasidic Jews on the Sabbath and hoildays.  The younger men in the back appear to be dancing.  Notice the ear locks, another feature of Hasidic custom.

The Hasidic movement started in the 1700's (CE) in Eastern Europe.  The founder of Hasidism, Rabbi Israel Baal Shem Tov (referred to as the "Besht," an acronym of his name) was a great scholar and mystic, devoted to both the revealed, outer aspect, and hidden, inner aspect of Torah. He and his followers, without veering from a commitment to Torah, created a way of Jewish life that emphasized the ability of all Jews to grow closer to Go­d via everything that we do, say, and think. In contrast to the somewhat intellectual style of the mainstream Jewish leaders of his day and their emphasis on the primacy of Torah study, the Besht emphasized a constant focus on attachment to Go­d and Torah no matter what one is involved with.  The movement had many opponents; the most well-known among them was the Gaon of Vilna (Elijah ben Solomon, 1720-1797) who rejected the anti-intellectualism of Hasidism and fiercely fought them.   The members of the Haskalah movement, those Jews who wished to modernize Judaism, also rejected  Hasidism as being backward.  However, the movement kept gaining followers particularly in Poland and Ukraine.  Though their numbers were decimated during the Holocaust years, they mananged to reconstitute themselves in Israel and the United States after the war and today they are a major factor in Orthodox Judaism.  Among the most well known sects are the Lubowitch (Habad), the Belz, the Bobov, and the Gur.