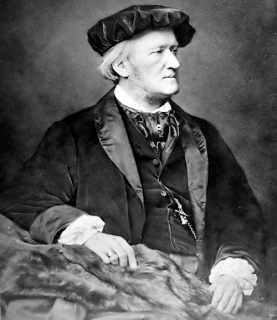 Richard Wagner (1813-1883) was a German composer and conductor, and was one of the most important musicians in the history of 19th century opera. Wagner began his musical studies in Dresden, learning harmony privately with Christian Gottlieb Müller. He then enrolled at Leipzig University to study music, also undertaking studies with the Kantor of the Thomaskirche, Christian Theodor Weinlig. Among his musical influences, the works of Beethoven also served as an important resource: Wagner made a piano transcription of Beethoven's Ninth Symphony and composed his own Symphony in C, which is largely in the style of Beethoven. Wagner's early professional appointments were as a conductor, first as a chorus master for an opera house in Würzburg (1833) and later on as Kappelmeister in Dresden (1843), where he conducted orchestral and operatic performances. All throughout his work as a conductor, Wagner was also composing orchestral and choral works, along with his operas. Through opera, Wagner intended to create a comprehensive Gesamtkunstwerk, incorporating dance, music and poetry into a total work of art.

As an outgrowth of the composer's activity as a conductor and musical thinker, Richard Wagner wrote about his ideals of interpretation. In many instances, Wagner comments on the question of tempo. In his essay, "On Conducting," he remarks: "Above all the tempo must be handled with a delicacy matching the delicacy of the web of motives, which in the nature of the case declare their character through their motion" (Wagner 69). In another instance, Wagner comments unfavorably on the use of a metronome to ensure the proper use of tempo: "I supplied my early operas with lavish tempo indications and employed a metronome in order to exclude (so I supposed) any possibility of mistake. The result was that when I had cause to complain of a stupid tempo in, for example, Tannhäuser, the defense was invariably made that my metronome-mark had been scrupulously observed. This brought home how unsafe it was to apply mathematics to music. I never used the metronome again" (Wagner 58).

In another quotation, Wagner describes the importance of flexibility in tempi throughout a work: such flexibility is a recurring expressive characteristic in early sound recordings of Wagner's music. He writes, "When I now turn to consider more closely this principle, summed up in the phrase, modification of tempo -- a thing our conductors are so ignorant of that they stupidly denounce it as a heresy... what we are dealing with is the principle conditioning the very life of music" (Wagner 66). 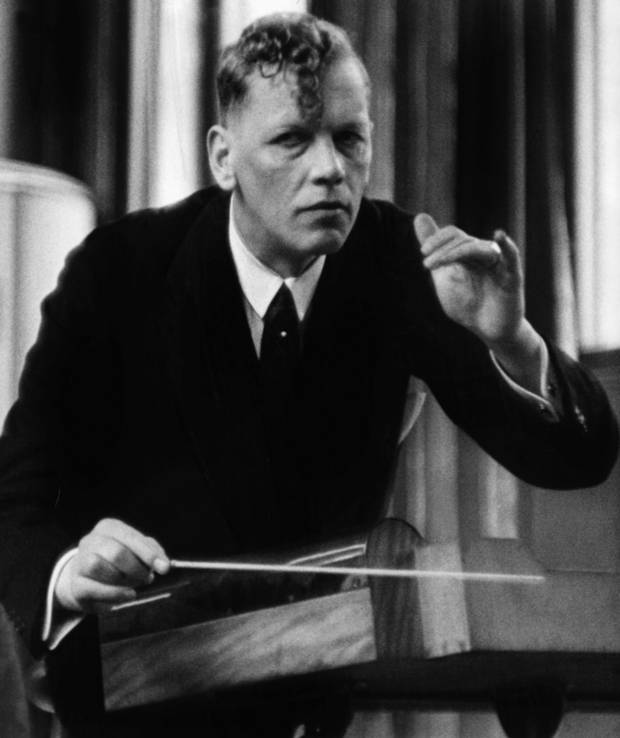 Hans Knappertsbusch (1888-1965) was a German conductor, and began his studies at Bonn University in musicology and philosophy. He studied conducting at the Cologne Conservatory with Fritz Steinbach, where Fritz Busch was a fellow student. Later, at the 1909 and 1911 Bayreuth Festivals, he learned from conductors Hans Richter and Richard Wagner's son, Siegfried. In 1914, he substituted for an ill conductor in a performance of Parsifal at his home town of Elberfeld. The performance was such a success that Knappertsbusch was immediately offered a conducting position in Elberfeld. His career continued at the opera houses in Leipzig and Münich, and in the latter city, Knappertsbusch also conducted symphonic literature.

Knappertsbusch's was known to prefer the sponataneity of the moment to predetermining expression in rehearsal. In fact, some remarked that he even disliked the process of rehearsals for this very reason. Otto Stresser, the former head of the Vienna Philharmonic said, "He hated rehearsals... improvising was closer to his heart, and he handled this with virtuosity" (Richter, p. 59). One of his record producers, John Culshaw, commented: "Knappertsbusch preferred not to rehearse at all, unless he was forced to do so; he liked to take the chance that he could bring off a performance on the spur of the moment. When it happened, which was more often than not, it was magnificent" (Culshaw, p. 108).

In Knappertsbusch's recording of the Bacchanal from Tannhäuser, the listener can hear crisp, marked articulations, along with a forward driving pulse. In addition, the Berlin Philharmonic plays with more portamento than one may hear in current practices. Distinctly, the melody and accompaniment occasionally sound in a dislocated fashion, as one would hear in piano recordings from the early 20th century. As a result, the various parts of the orchestra can be heard with a striking independence of expression. 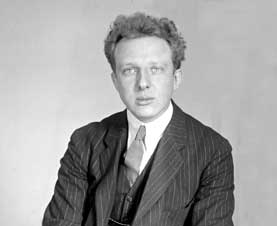 Leopold Stokowski (1882-1977) was a British-born American conductor renowned for his distinctive interpretations and wide-ranging repertoire. Stokowski began his studies at the Royal College of Music in London, and was soon appointed organist and choirmaster at St. James's, Picadilly. He furthered his studies in music at Oxford University, and moved to New York to become organist and choirmaster at St. Bartholomew's Church (1905-1908). Soon after, he became conductor of the Cincinnati Symphony (1909-1912), and later, the Philadelphia Orchestra (1912-1936). He went on to found and conduct numerous orchestras, including the New York City Symphony, the All-American Youth Orchestra, as well as serving as co-conductor of the New York Philharmonic with Dmitri Mitropolous. Later in his career, he was music director of the Houston Symphony Orchestra (1955-1960) and the American Symphony Orchestra (1962-1972).

Throughout his career, Stokowski was a pioneering presence in the music world. His innovative spirit began early on, in connection with the development of recording technology. Beginning in 1917, Stokowski made the first orchestral recordings with the Victor Talking Machine Company's first orchestral recordings, with the help of advancements in acoustic recording techniques. In 1925, Stokowski, the Philadelphia Orchestra, and the Victor Company made the first electrical recordings of an orchestra in the world. Stokowski and the Philadelphia Orchestra continued to make electrical recordings with the Victor Company until 1940, in works by Wagner, Debussy, Tchaikowsky, and Bizet, to name but a few, in addition to works by contemporary composers of the period.

In an early acoustic recording of the Wagner's Ride of the Valkyries from Die Walküre from 1921, the listener can hear distinctive performance practices, many of which relate to Wagner's own ideas about interpreting music (see overview). Stokowski leads the ensemble with significant tempo shifts for the various themes. As well, during atmospheric textures that do not feature a distinct melody, the tempo frequently accelerates to heighten the musical effect. Furthermore, within phrases, Stokowski conducts with a generally flexible tempo to heighten or emphasize certain characteristics of the music. In general, the orchestra plays with crisp, marked articulations, as well as generally quick tempi as compared to more current practices. 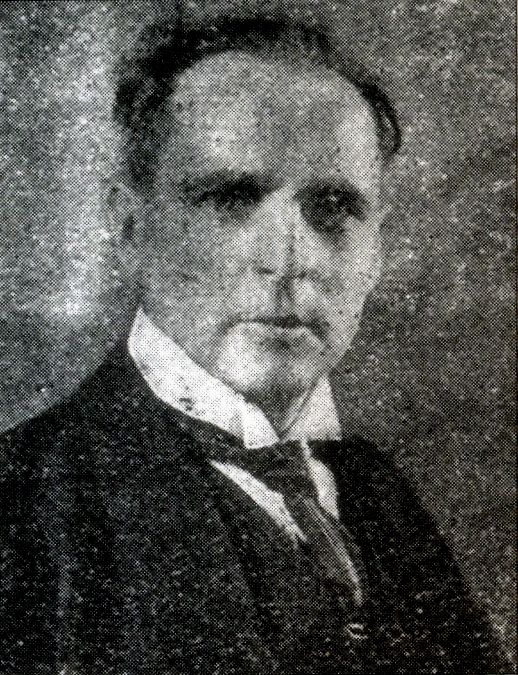 Eduard Möricke (1877-1929) was a German conductor and pianist. On the encouragement of conductor Felix Weingartner, Möricke decided to pursue his studies in music, going on to work with pianist Adolf Ruthardt at the Leipzig Conservatory, and later Alexander Siloti. By 1901, Möricke had received conducting posts at the Stadttheather Rostock and Kiel. In 1907, he became music director of the Stadttheater Halle, where he founded a subscription series of orchestral concerts, inviting famous conductors of the time, including Arthur Nikisch, Richard Strauss, and Siegfried Wagner. From 1912 to 1924, he was conductor of the Deutsche Oper Berlin, where he extensively performed the works of Wagner, and recorded for Parlophon and Odeon. His final conducting post was with the Dresden Philharmonie and Singakademie, where he focused more on contemporary composers of the early 20th century. Notably, Möricke conducted the final movement of Beethoven's Ninth Symphony in its first recording in 1921.

Several recordings from 1919 reveal the interpretive style of Möricke and the Orchester des Deutschen Operahauses in selections from Wagner's Parsifal, including the Prelude to Acts I and III, as well as Karfreitagszaubers from Act III. Throughout these selections, the orchestra frequently overdots rhythmic figures in the context of a driving, forward-directed tempo. As well, the orchestra plays with minimal portamento in melodic passages. In the Prelude to Act I of Parsifal, the orchestra executes marked articulations and lifts in the upward ascending leitmotif. In addition, Möricke conducts with a noticeable rubato toward the ends of phrases, and often elongates the fourth beats of the measures, creating a suspenseful dramatic effect. In a similar manner to pianists' recordings from the early 20th century, the melodic and accompanimental parts of the orchestra play with an independence of pulse, occasionally not aligning as a matter of musical effect. Furthermore, one can hear the occurrence of consistently sustained tones, as well as occasional sliding sounds for large leaps in the winds and brass.

The Odeon Streichorchester began issuing recordings in the early 1900s for the International Talking Machine Company under the Odeon Label, which did not list a conductor for these suggested recordings.

In the Feuerzauber from Act I, the listener can hear a flexible tempo throughout the recording, often creating a winding, meandering musical effect, perhaps alluding to the imagery of Feuerzauber, which translates to "Magic Fire." Frequently, there will be an elongation of the fourth beat, as well as tempo shifts from section to section, which Wagner describes in his own writings on interpretation (see overview). One can also hear tempo shifts from section to section in the Feuerzauber from Act II, especially in response to the shifting affects of the melodic themes and atmospheric textures present throughout the composition.

Sutton, Alan. A Phonograph in Every Home: The Evolution of the American Recording Industry, 1900-1919. Denver: Mainspring Press, 2010.