Reflections on Bindings: What is RTI?

This guide is an online version of the exhibit "Reflections on Bindings: Using New Imaging Technology to Study Historical Bindings" held at the Lillian Goldman Law Library Rare Book Collection

Images for RTI can be captured in two ways; either with a light source that is moved by hand as shown here during a training session at Yale: 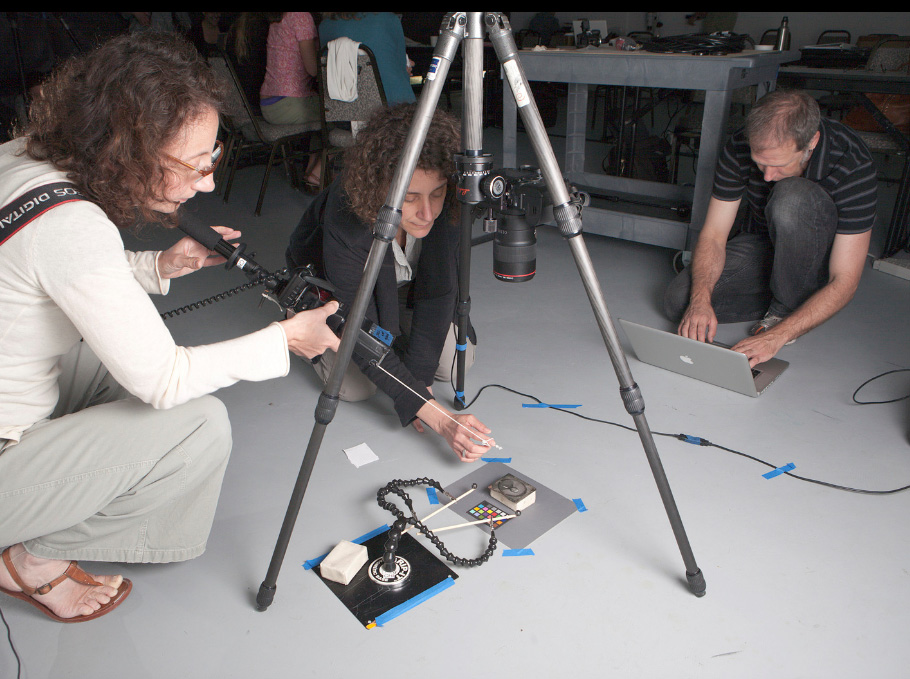 Or with a dome containing many stationary light sources, each one of which flashes in succesion during a series of photographic captures.

Yale's Center for Conservation and Preservation uses an RTI dome in their imageing lab. 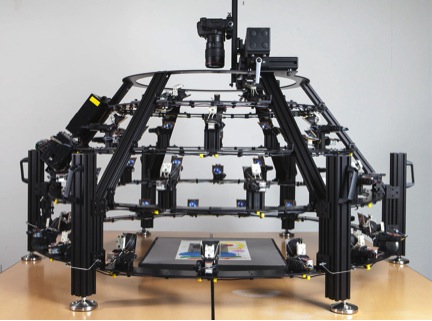 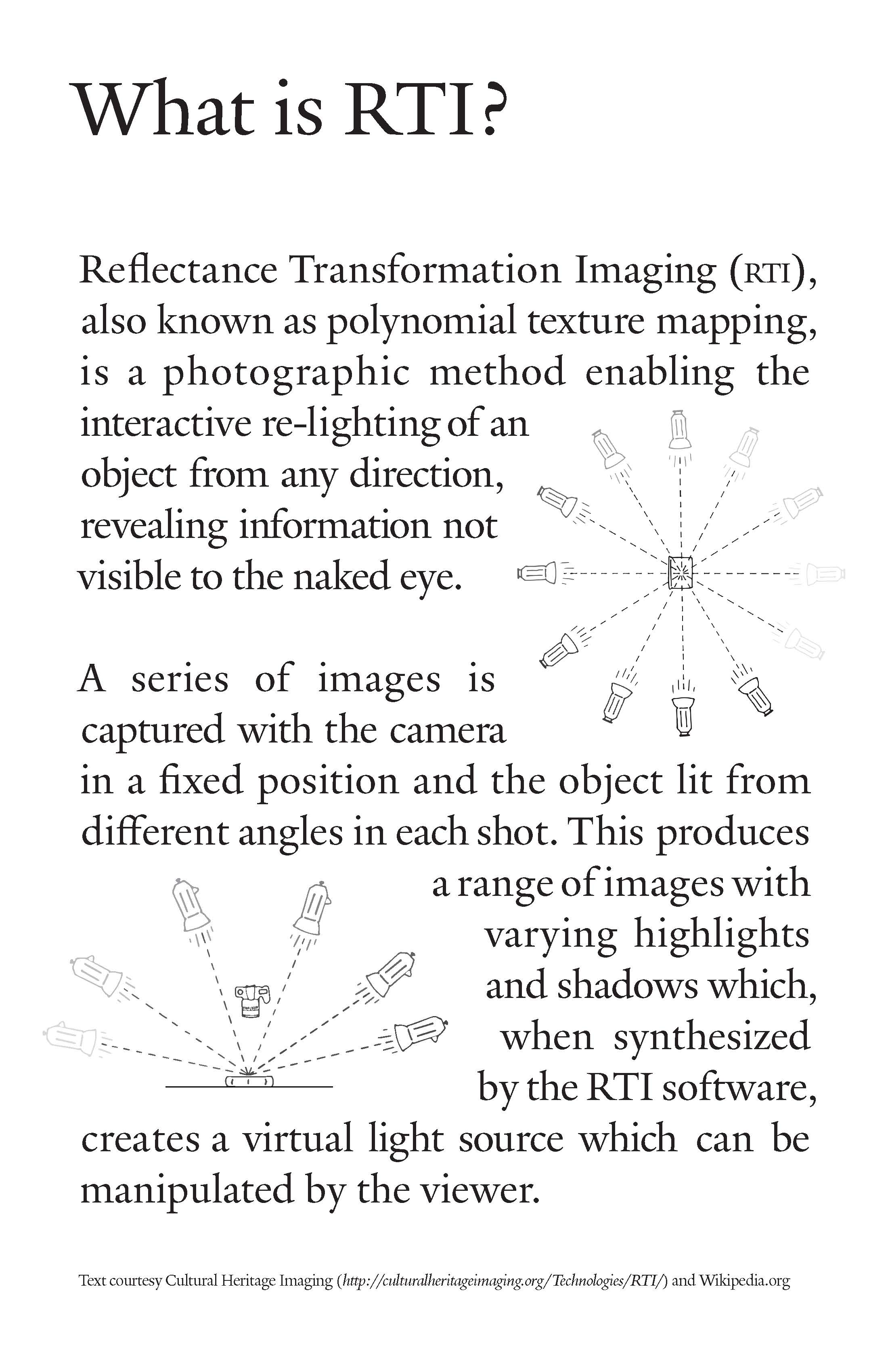