This research guide is a compilation of resources designed to support the Social Justice and Health Equity curriculum at Yale.

Click here to return to the Psychiatry Resource Guide 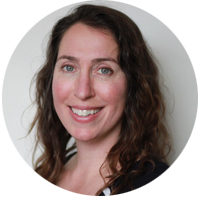