What's in a name?

For students who have never encountered the Dead Sea Scrolls before, it can be challenging to parse the names, numbers, and identifications given to scrolls and fragments. See below a brief overview.

Nomenclature of the Dead Sea Scrolls

As a general rule of thumb:

For a complete list of the Dead Sea Scrolls texts, see the book Revised Lists of the Texts from the Judaean Desert by Emanuel Tov.

See this article (hosted on JSTOR) for a more in-depth overview on Dead Sea Scrolls nomenclature and its history.

See this Wikipedia article for a partially-complete list of the Dead Sea Scrolls (use at your own discretion).

Abridged and appended from the Dead Sea Scrolls Digital Library.

The first Dead Sea Scrolls were found in this cave. It was initially discovered by a young Bedouin shepherd in 1947 and excavated by archaeologists in 1949. The scrolls found here are the best-preserved, likely due to being housed in intact clay jars.

Scrolls found in Cave 1 include: Community Rule, War of the Sons of Light against the Sons of Darkness, Thanksgiving Scroll (Hodayot), Isaiah A and B, Genesis Apocryphon and Pesher Habakkuk (Habakkuk Commentary). 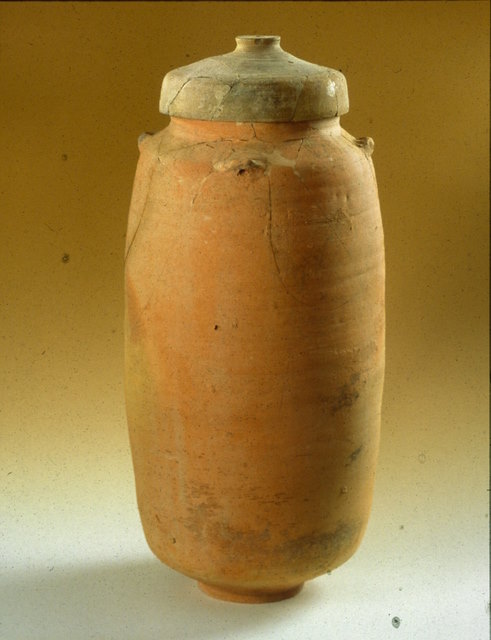 Discovered by Bedouins in 1952. The cave yielded 300 fragments from 33 manuscripts of the DSS, including fragments from Jubilees and the Wisdom of Ben Sira. Also found were fragments from all five books of the Pentateuch, Jeremiah, Psalms, and the book of Enoch.

Discovered and excavated by the ASOR team (American Schools of Oriental Research) in 1952. A unique two-part copper scroll was found, listing what might be sights of the Temple's buried treasure, hidden throughout Jerusalem and the Judean wilderness. The cave also yielded fragments from the book of Jubilees and about a dozen other biblical and non-biblical fragments.

Right under the noses of archaeologists excavating Qumran, cave 4 was discovered by Bedouin treasure hunters in 1952. It is the most significant cave in terms of finds, yielding thousands of fragments from hundreds of manuscripts which comprise 75 percent of all material found in the Qumran caves, including parts of biblical and apocryphal books, biblical commentaries, works on Jewish law, prayers, sectarian texts, tefillin, and mezuzot. However, due to their poor condition, these fragments were particularly difficult to decipher and translate.

Discovered and excavated by archaeologists in 1952, shorly after the discovery of cave 4. Approximately 25 parchment scrolls were uncovered, including, but not limited to, sectarian texts and fragments from Deuteronomy, 1 Kings, Isaiah, Psalms, and Lamentations.

Discovered by Bedouins in 1952. The cave contained fragments of about 31 scrolls, mostly written on papyrus, including biblical works (Genesis, Leviticus, Deuteronomy, 1 Kings, Psalms, Daniel, etc.), hymns, and sectarian compositions. Cave 6 is the most accessible of the Dead Sea Scrolls sites to visitors today.

Discovered by archaeologists in 1955. All manuscripts found in cave 7 (roughly 20) were in Greek, including a translation of Exodus. Some scholars have attempted to identify certain fragments from cave 7 as New Testament texts. Cave 8 contained fragments from Genesis, Psalms, a mezuzah, a hymn, and tefillin. Additionally, an abundance of oil lamps and 68 leather reinforcing tabs for scrolls indicate the cave may have been used as a workshop. Cave 9 yielded only a single papyrus fragment, and cave 10 only one inscribed potsherd.

The last of the Dead Sea Scrolls found to date were discovered here by Bedouins in 1956. Around 30 manuscripts wre found, including a few nearly-complete scrolls: Leviticus (written in paleo-Hebrew), Psalms, and an Aramaic targum of Job. The Temple Scroll, the longest find of the Dead Sea Scrolls, was also uncovered in cave 11. It rewrites the book of Deuteronomy and delineates the regulations pertaining to the Jerusalem Temple cult.