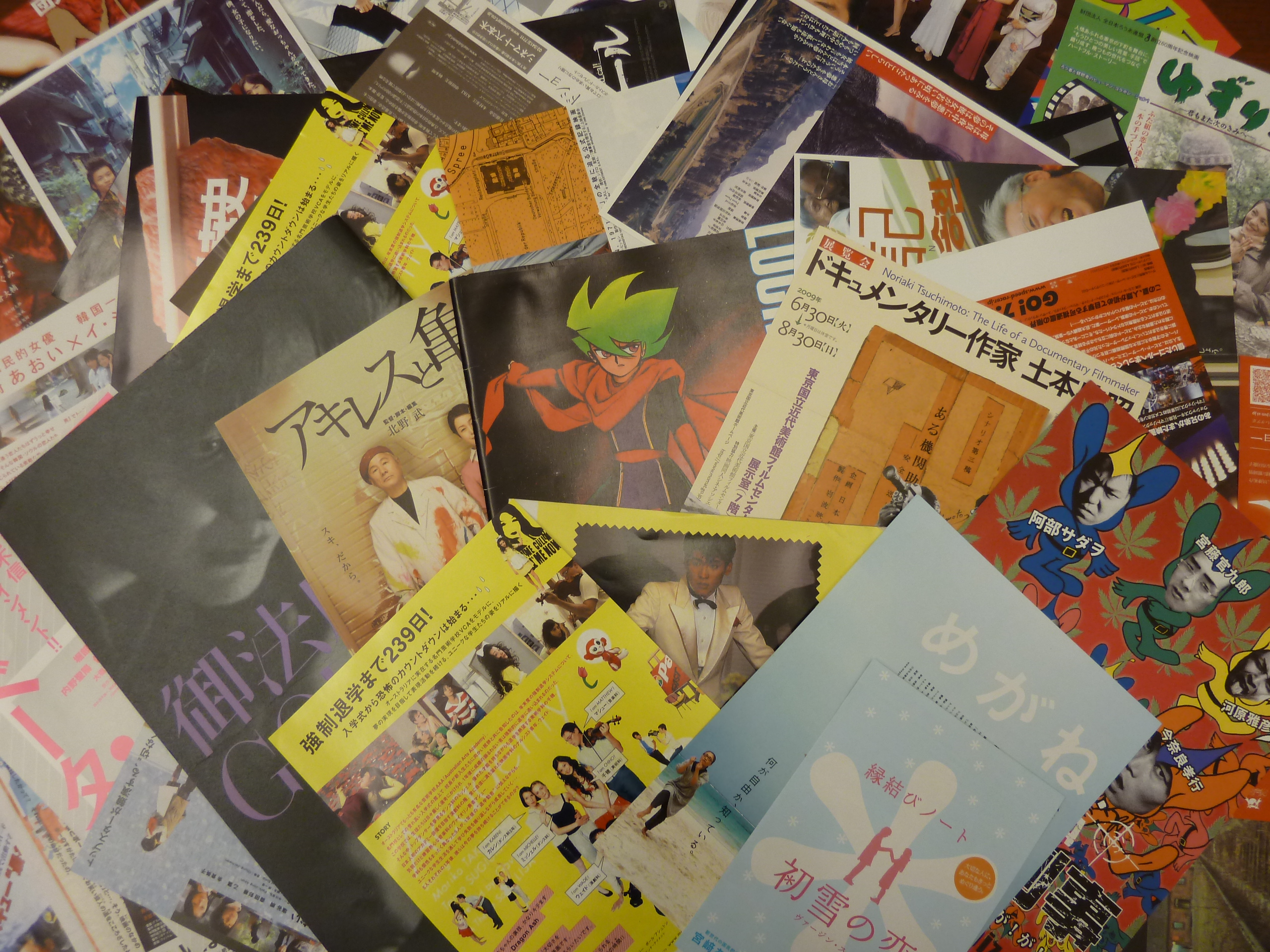 How to search the collection?

Japanese Film Ephemera Collection is composed of materials primarily collected by Aaron Gerow, a faculty member of the Film Studies Program and the Department of East Asian Languages and Literatures at Yale University, and supported in part by donations. The collection is mostly composed of printed materials on Japanese films produced by Japanese sources. Its main contents include handbills (chirashi), press kits, theater pamphlets, film newsletters as well as catalogs, and date from approximately 1970 to the present. Most are in Japanese, with some English-language publicity materials. The collection, which is still expanding, currently covers over 600 contemporary Japanese directors and their films along with major film festivals and film events in Japan. It offers a comprehensive resource for researchers investigating the breadth of contemporary Japanese film and visual culture or those studying individual films and filmmakers.

The collected materials broadly document the great diversity in contemporary Japanese film and its culture and represent types of materials often overlooked by academic collections and archives. Therefore, researchers with a broad range of interests, especially Film and Literary Studies, Cultural Studies, Journalism, Sociology, and Art History, may be interested in the collection.