The 19th and 20th centuries saw significant developments in the performance practice of the guitar. Guitarist and composer Francisco Tárrega (1852-1909) is often considered to have been a major influence for a shift in playing styles during the late 19th century. This change in playing style, which later became known for its Spanish nationalist character, went on to influence the many of the playing styles and techniques of 20th century performers. While there are no known sound recordings of Tárrega, many of his students, inlcuding Emilio Pujol, made recordings and wrote method books on the technique of the guitar.

In the preface to Pujol's Guitar School (1933), Manuel de Falla writes: "One must acknowledge that the guitar, of all stringed instruments with a fingerboard, is the most complete and the richest in its harmonic and polyphonic possibilities. And more, the history of music itself shows us its magnificent influence as a means of transmitting throughout Europe the essence of the musical sound of Spain. With what emotion do we find its clear echo in Scarlatti, in Glinka and his disciples, in Debussy and Ravel! ... Since the far-off times of Aguado, we lacked a complete Method which would pass on to us the technical progress which Tárrega initiated. You have excellently supplied this want, adding your own magnificent personal contribution, and you have thus benefited not only the performer but also the composer of sensibility, who will find in your Method the stimulus to discover new instrumental possibilities."

The Spanish national style pervades throughout the early recorded legacy of the classical guitar. The folk styles which surrounded classical guitarists, including flamenco, also played a major role in both the composition and performance style of many guitarist-composers. In general, guitarists' varied use of portamento and rubato in recordings is comparable to violinists, cellists, and orchestras of the time. At the same time, however, the performance styles of flamenco and South American folk music seem to also be present in many early recordings of guitarists, resulting in nuanced and artful articulations and manners of phrasing. 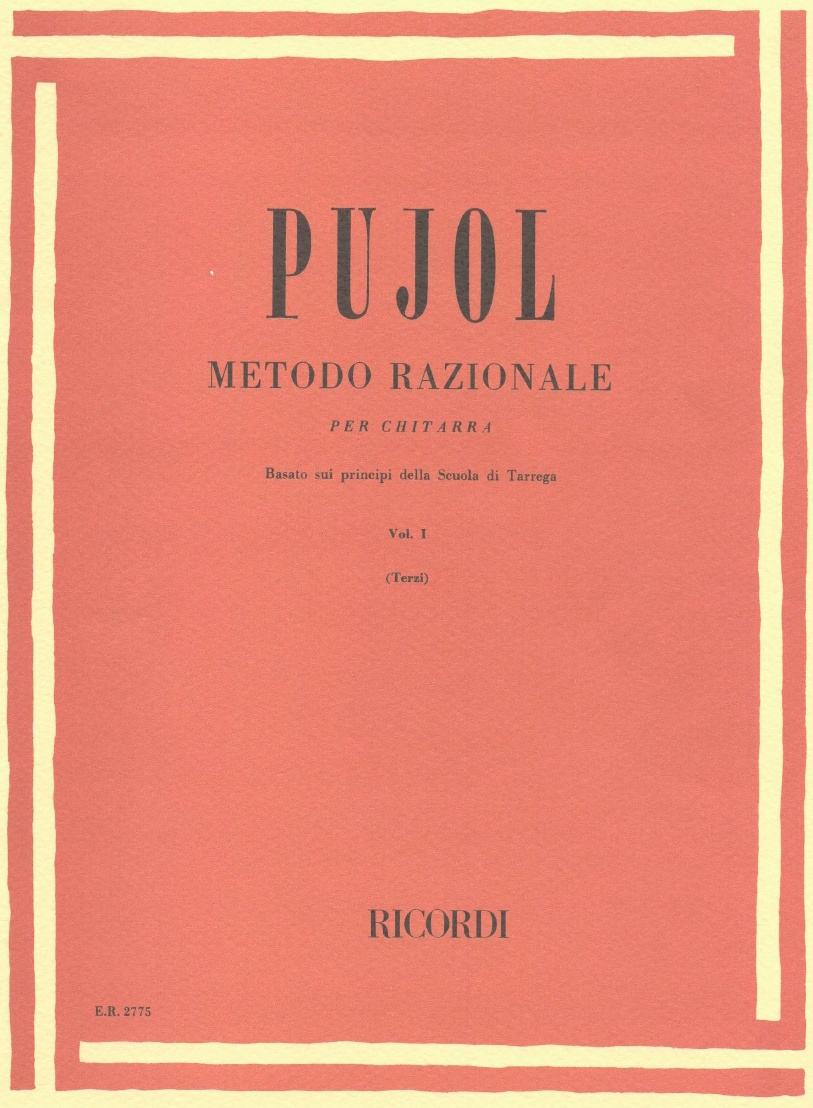 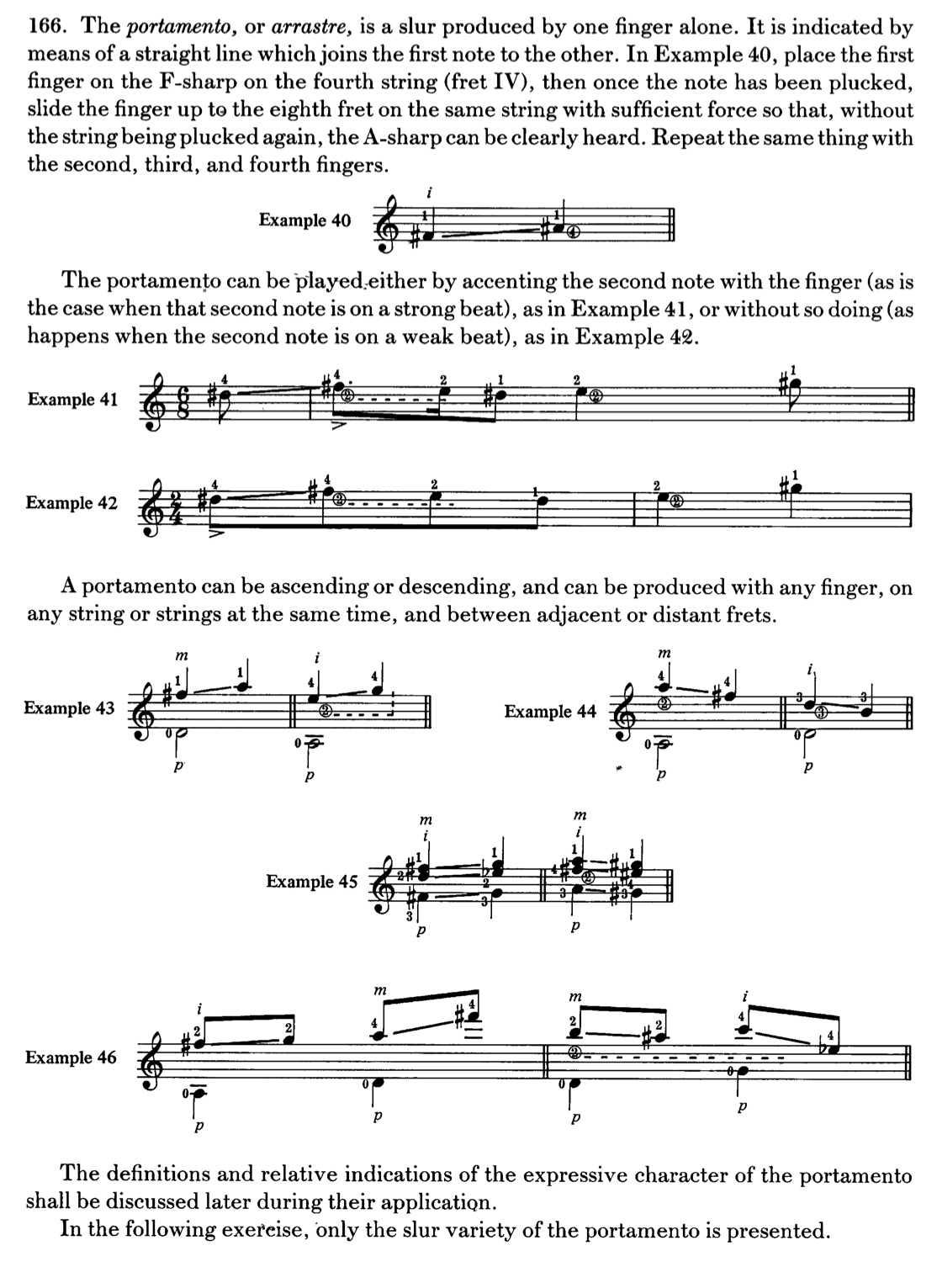 Known as "the Paganini of the guitar from the jungles of Paraguay," Augustín Barrios Mangoré (1885-1944), generally referred to as Barrios, was one of the most important guitarist-composers of the first half of the twentieth century. From 1912 to 1928, Barrios recorded most of his surviving output on 78 rpm records, including performances not only of his own compositions, but also those of Fernando Sor, Francisco Tárrega, and J.S. Bach, to name a few. The musical poetry of Barrios' compositions can also be heard in his interpretive grace as a guitarist.

The recordings reveal Barrios' spontaneous and free-flowing sense of tempo, with frequent surges forward. However his use of a flexible pulse does not compromise the shape of the musical gesture. In addition, Barrios frequently executes eighth notes with lilt and rhythmic swing, creating a dance-like effect. Notably, Barrios uses steel for his treble strings (the upper three strings of the guitar). While other guitarists strung their guitar with gut, Barrios chose steel strings, resulting in a bright, sustained tone quality that can be heard in his recordings. 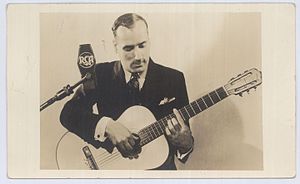 Julio Martinez Oyanguren (1901-1973) was one of the most prominent South American guitarists of the 20th century. From Uruguay, Oyanguren went on to have an international career, performing as soloist with the New York Philharmonic and for U.S. President Franklin Delano Roosevelt at the White House. The Uruguyuan guitarist made his first recording for Victor in Argentina, continuing to record throughout hislifetime for Columbia, Decca, and Orfeo Records.

As a recording artist, Oyanguren focused on Spanish and Latin American repertoire, and he plays with a nuanced understanding for the folk idioms that influenced this music. In faster passage-work of the flamenco idiom, Oyanguren exhibits a raw virtuosity. In gentler music, such as the Preludes of Francisco Tarrega, Oyanguren plays with a dance-like grace. 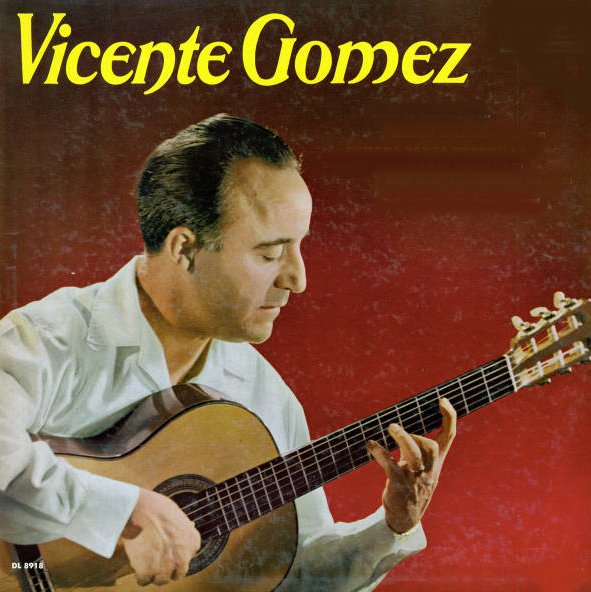 The Spanish guitarist Vicente Gomez (1911-2001) was a significant cultural icon of the twentieth century. After his triumphant 1938 debut at New York's Town Hall, Gomez went on to star in the Broadway Revue Mexicana and to be featured in his own regular NBC broadcast following Arturo Toscanini's famous radio show with the NBC Symphony Orchestra. Gomez was equally at home in the genres of classical and flamenco, making him a particularly distinctive and beloved performer. His performances in both genres can be heard in his many recordings, which reveal his technical power and unique interpretive abilities.

In his recording of Tarrega's Mazurka, "Marietta," Gomez executes each phrase with tempo rubato. Specifically, he often rushes the third beat of the Mazurka into the next downbeat, occasionally holding the third beat to punctuate the phrases. In addition, Gomez exhibits a song-like sensitivity to the melodies, perhaps influenced by his work with flamenco singers. Rather than keeping a consistent pulse throughout each melody, Gomez will delicately pause before a large leap, expressing the varying contour of the composition. 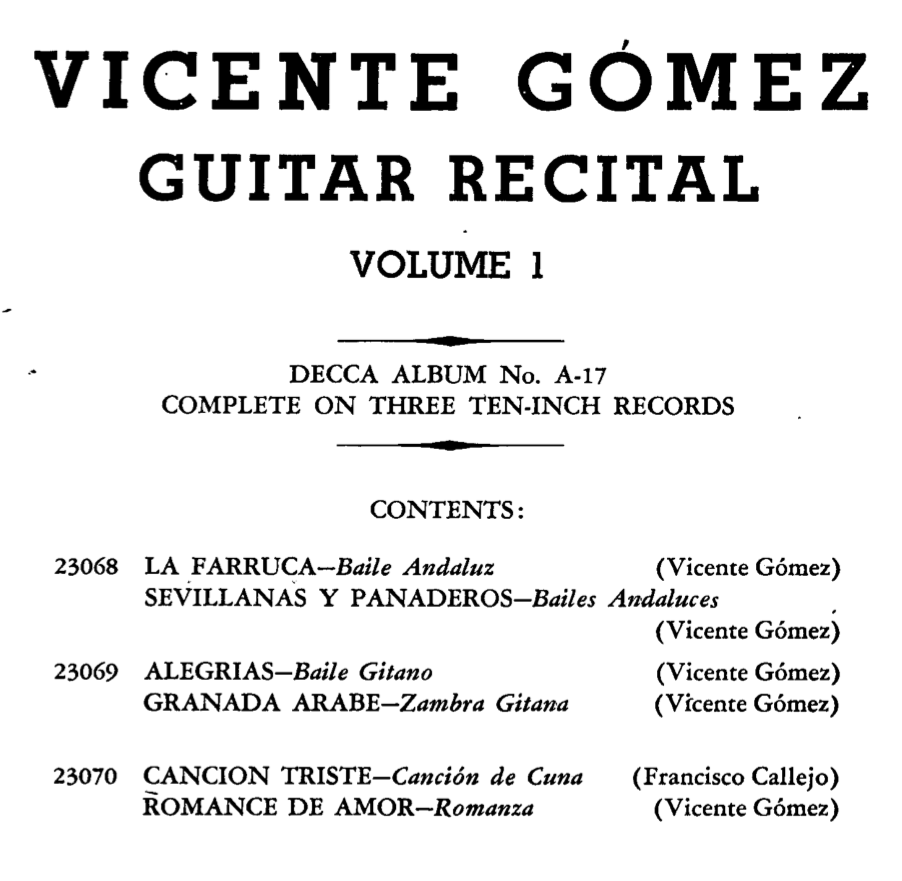