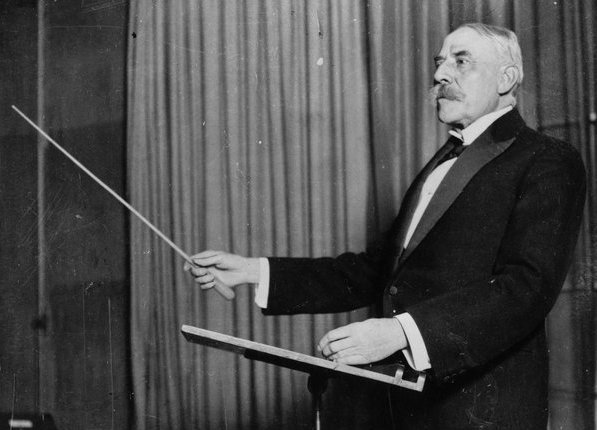 Edward Elgar (1857-1934) was an English composer and conductor who was a leading figure of music in the late 19th and early 20th century, composing works that created a British national style of the time. Elgar had little formal training outside of violin lessons with a local teacher, and acquired most of his early musical experience with his father, who was a church organist and involved with local music societies. Elgar was particularly influenced by Romantic composers of the 19th century, including Schumann, Brahms, and Wagner, as well as the great Russian pianist and composer, Anton Rubinstein. In his active years as a violinist, he also performed Dvorak's Symphony No. 6 and Stabat Mater with the composer conducting. During the 1890s, the composer's career developed through the composition of oratorios such as The Black Knight, The Light of Life (Lux Christi), and Scenes from the Saga of King Olaf. The 1899 premiere of Elgar's famous Variations on an Original Theme (Enigma), Op. 36, with conductor Hans Richter, was a tremendous success, bringing Elgar to national prominence. Elgar was knighted in 1904, and his popularity continued to grow throughout the world in his lifetime. Selected premieres of Elgar's works include the 1905 premiere of Introduction and Allegro at Yale University upon receiving an honorary doctorate, the 1910 premiere of his Violin Concerto with Fritz Kreisler as soloist, the 1911 premiere of his Symphony No. 2 with the Queen's Hall Orchestra and the composer conducting, and the 1919 premiere of his Cello Concerto with Felix Salmond as soloist, to name but a few.

Edward Elgar, conductor, The Royal Albert Hall Orchestra, and others

Edward Elgar, conductor, The Royal Albert Hall Orchestra, and others 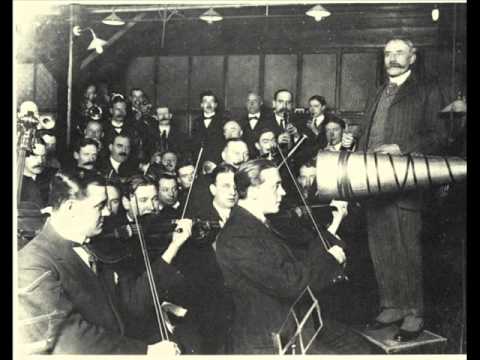 The composer was asked by the Gramophone Company (HMV) to conduct his own works for a series of recordings, which were created from 1914-1925 in acoustic format. This recorded legacy of Elgar conducting his own music reveals the composer's own interpretive approaches to his compositions. Familiar to late 19th and early 20th century performance practice, flexibility of pulse is a feature of the composer's musical expression. In particular, Elgar will often slow down particular phrases as a means of emphasis, which can be heard in his conducting of the famous "Pomp and Circumstance" for orchestra as well as "Sea Pictures, Op. 37," for contralto and orchestra. In Elgar's interpretation of "Sea Pictures," the vocal soloist and orchestra heighten the textual drama of important moments through the artful execution of tempo variation, often when not explicitly indicated in the score. In addition, the listener will find some of Elgar's overall tempi quicker than interpretations from the middle and late the 20th century: two instances include the "Cello Concerto, Op. 85" and the opening movement of the "Enigma Variations," Theme: Andante. The choice of a quicker tempo facilitates various ritardandi that heighten moments without slowing the music to a halting pace, preserving a sense of the composition's larger structure.

Carlo Sabajno (1874-1938) served as chief conductor and artistic director for the Gramophone Company in Italy. From 1907 to 1932, Sabajno and La Scala Orchestra recorded numerous full-length operas by Verdi, Puccini, Mascagni, Donizetti, and Bizet, to name a few.

In a rare 1907 recording of Elgar's "Salut d'Amour" (Love's Greeting), Sabajno leads the orchestra with an elegant sense of pulse and phrasing, reaching into the climaxes with a distinctive sense of rubato. It also very notable that the strings of La Scala Orchestra play with a prominent portamento for both upward and downward shifts. 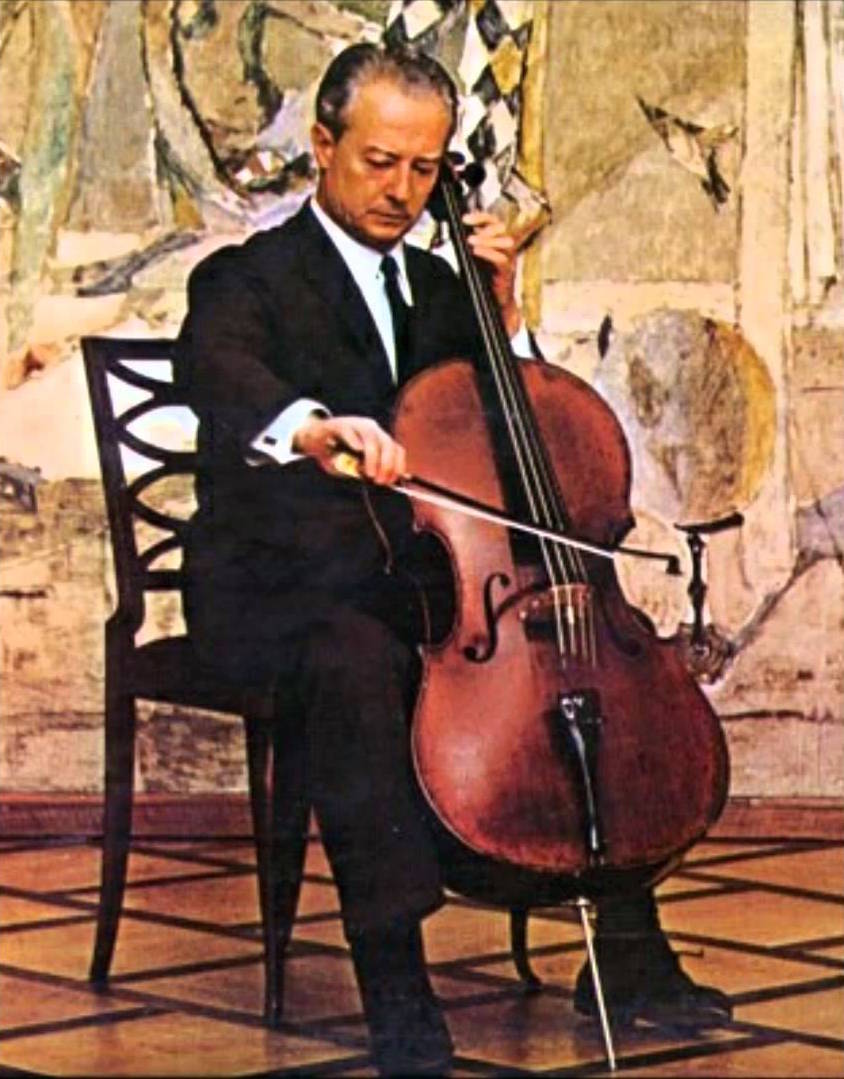 The French cellist Pierre Fournier (1906-1986) studied the cello at the Paris Conservatoire with Paul Bazelaire and André Hekking. He rose to prominence after performing with the orchestra, Concerts Colonne, in 1925. Subsequently, he toured across Europe, and was called "the cellist of the future" by fellow French cellist Maurice Marechal. In his lifetime, he was known as "the aristocrat of cellists," as he was admired for his remarkable musicianship and artistic sensitivity. In addition to performing with luminaries such as Alfred Cortot and Jacques Thibaud, he performed in the first private performance of Fauré's String Quartet, as well as was the dedicatee of Poulenc's Cello Sonata, among others.

Fournier's 1967 recording of Elgar's Cello Concerto in E Minor with conductor Alfred Wallenstein and the Berlin Philharmonic demonstrates various distinctive aspects of his playing style. In a similar manner to Elgar's own interpretations, Fournier plays certain phrases at a slower pace for rhetorical emphasis. In addition, Fournier often delays pick-up notes, following with a surge forward in the pulse, creating moments of excitement. Fournier uses a prominent portamento throughout his playing, although his portamento is less apparent than in recordings of Elgar conducting from earlier in the 20th century. Fournier's tempi in the cello concerto are also slower than those in the recording of Elgar conducting the London Symphony Orchestra, with Beatrice Harrison as cello soloist.