Latin American & Caribbean Resources at Yale Library: About the Collection

The Latin American Collection at Yale University is one of the foremost collections in the United States, containing a wealth of research material and offering a variety of research opportunities for Latin American Studies.  The collecting policy is to acquire the important editorial production in the fields of the humanities and social sciences published in South America, México, Central America and the Caribbean.  Within this policy of developing a general, area wide collection, special strengths have resulted from the acquisition of important collections during the past 100 years.

The foundation of the Latin American collections at Yale was established early in the 20th century with a succession of acquisitions and gifts from Henry Raup Wagner, William S. Beebe, and Hiram Bingham.  Wagner and Bingham were Yale alumni who substantial gifts to Yale included collections rich in nineteenth-century Latin American material.  These collections were notable for their historical, political, and economic materials relating to México and Perú.  Hiram Bingham, Yale professor of history and curator of Yale's collection of Latin American history from 1908-1930, sold and donated to Yale a collection of Peruvian materials strong in literature, archaeology, anthropology and folklore.  His gifts also included the Francisco Pérez de Velasco library of nineteenth-century Peruvian history, and many books from the Mexican historian Genaro García.  All of these acquisitions made Yale's Mexican and Peruvian collections internationally known.

The Library also has an impressive collection of Brazilian materials.  The strength of the collection lies in the sizeable numbers of works on Brazilian history, literature, travel accounts, and regional histories.  The collection is particularly rich in materials relating to colonial Brazilian history.  The James Watson Webb Collection, detailing his service as American Minister to Pedro II's Court in Brazil, and the Percival Farquhar Collection, relating to railroad building and business ventures in Brazil during the first half of the twentieth century, are also part of Yale's Brazilian collection.

Other collections of major importance at Yale are those representing Argentina, Chile, Cuba and Central America.  Argentina is comprehensively represented, especially in early twentieth-century publications.  The collections of Carlos A. Tornquist and Davis Curtis DeForest form the basis of Yale's Argentine holdings.  The material donated by Tornquist had a strong emphasis on literature, history, oratory, law and sociology.  The Chilean collection contains a respectable number of works on Chilean history and literature, covering the period from 1875 to the present.  In the late 1960's and 1970's a successful systematic effort was made to build up the Chilean collection.

The history of Cuba and Cuban literature are also well represented at Yale.  The Library has been very successful in acquiring large numbers of Cuban publications during the difficult Castro period.  After the Cuban revolution, excellent exchange agreements were established with Cuban libraries, publishers, university presses, and government agencies.  These agreements provided the collection with literary publications, serials, government publications, and other research materials.  In 1981 the acquisition of the Franco Cerutti Central American Library added more than 10,000 titles to the library.  When added to Yale's already considerable Central American holdings, it made Yale a key repository of Central Americana.

Currently, the collection comprises over 535,000 printed volumes in Spanish, Portuguese and indigenous languages.  This includes monographs, serials, newspapers and government documents, and is growing at the rate of 5,000 volumes a year.  It has subscriptions to more than 3,500 Latin American periodicals and monographic series.  In addition to printed matter the collection is rich in manuscript material, and it contains a newspaper microfilm collection of 20,000 reels, as well as such non-book materials as photographs, documentary and feature films, and maps.

Although Yale's concentration of Latin American research material is housed in Sterling Memorial Library, there are important collections in the Divinity, Law, Social Science and Beinecke Libraries.  Smaller collections are found in the Music, Art, and Medical Libraries and the Peabody Museum.  The Center for Science and Social Science contains extensive holdings of statistical publications issued by government agencies, private institutions and central banks from every country in Latin America.  Social scientists have found this collection to be invaluable in their research on the economic development of Latin America.

The Librarian for Latin American Studies is available for consultation and provides advanced reference services to students and faculty by appointment.  The office of the collection is located on the 3rd floor of Sterling Memorial library in room 313. 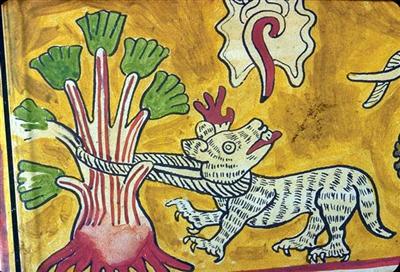