A guide to online and print library resources for the study of all aspects of Greco-Roman antiquity at Yale University.

Ancient Authors and their Works

For the most part, citations of ancient works begin with the author's name (sometimes abbreviated), followed by a short or abbreviated title, usually in italics. (In cases where only one work by an author is known, the title may be omitted.) This is followed by a sequence of numbers and/or letters that indicate the specific subdivisions of the work. Arabic numerals tend to favored in recent publications, but older citations often use Latin numerals as well. Exactly how works are subdivided varies. Book, chapter, section and/or line numbers are often provided. Some works are cited by page numbers of standard, or once-standard, editions. Scholarly editions of these texts will be subdivided by these schemes, as will many translations.

Abbreviations should be taken from an authoritative source such as the Oxford Classical Dictionary (see below). You should also provide bibliographic details of the edition and/or translation of the work you are using: generally when the work first appears in your notes and in your bibliography.

Classical Authors and their Works 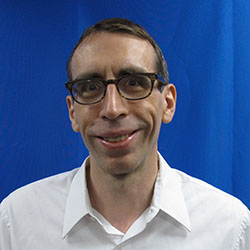