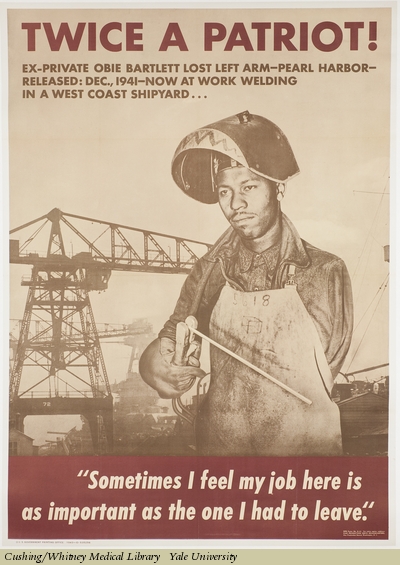 If you are interested in how disability is represented visually, try these links:

Yale has a wealth of interesting collections.  If you want to look at the papers of individuals or groups involved in, use Orbis or the Archives at Yale, for detailed lists of these collections.  The list below is by no means exhaustive!

Manuscripts and Archives has a guide on medical archives owned by Yale: Contemporary Medical Care and Health Policy.

Other great materials open for research throughout our collections include: