The Rose Kissed by Liszt 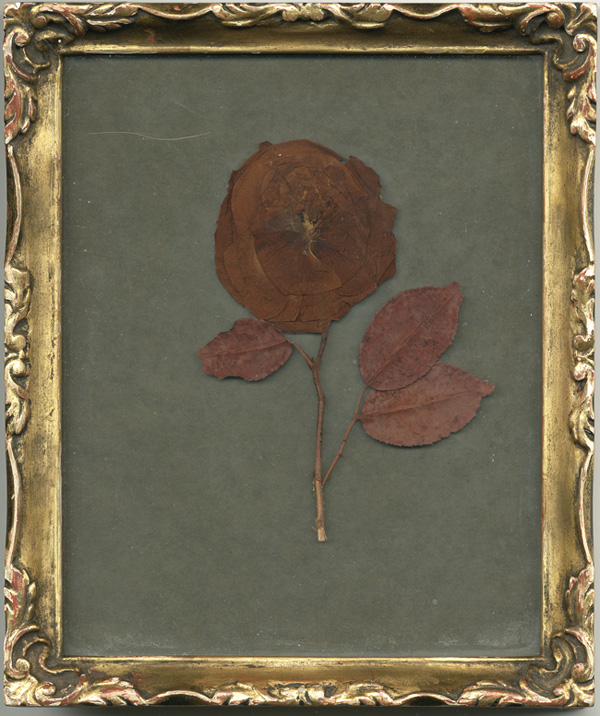 In his later years, Franz Liszt (1811-1886) spent much of his time teaching and holding court at his homes in Rome, Budapest, and Weimar, surrounded by students, would-be students, and admirers of all kinds. Among these was an American pianist, Walter Bradley-Keeler. It is said that Liszt was so impressed by Bradley-Keeler’s playing that he kissed a rose and gave it to the young man. When Bradley-Keeler died, several decades later, he left the rose to Yale. His wife Susanna also endowed a scholarship in his name for composition students at the Yale School of Music.

Kissing a rose and giving it away as a token of esteem may seem curious today, but it was not unusual in the 19th century. The Beinecke Rare Book and Manuscript Library has a rose kissed by Lord Byron.

The rose kissed by Liszt is part of an online exhibition, Franz Liszt: Transcending the Virtuosic, which also features several manuscripts and letters in Liszt's own hand, as well as a variety of other interesting items.

The Gilmore Music Library's special collections consist chiefly of paper materials (such as books, manuscripts, letters, and photographs) as well as sound recordings. But the rose kissed by Liszt is by no means the only weirdly quirky object from our archives, as you can see from our surprising exhibition, Beyond Paper: Treasures and Curiosities from the Gilmore Archives.