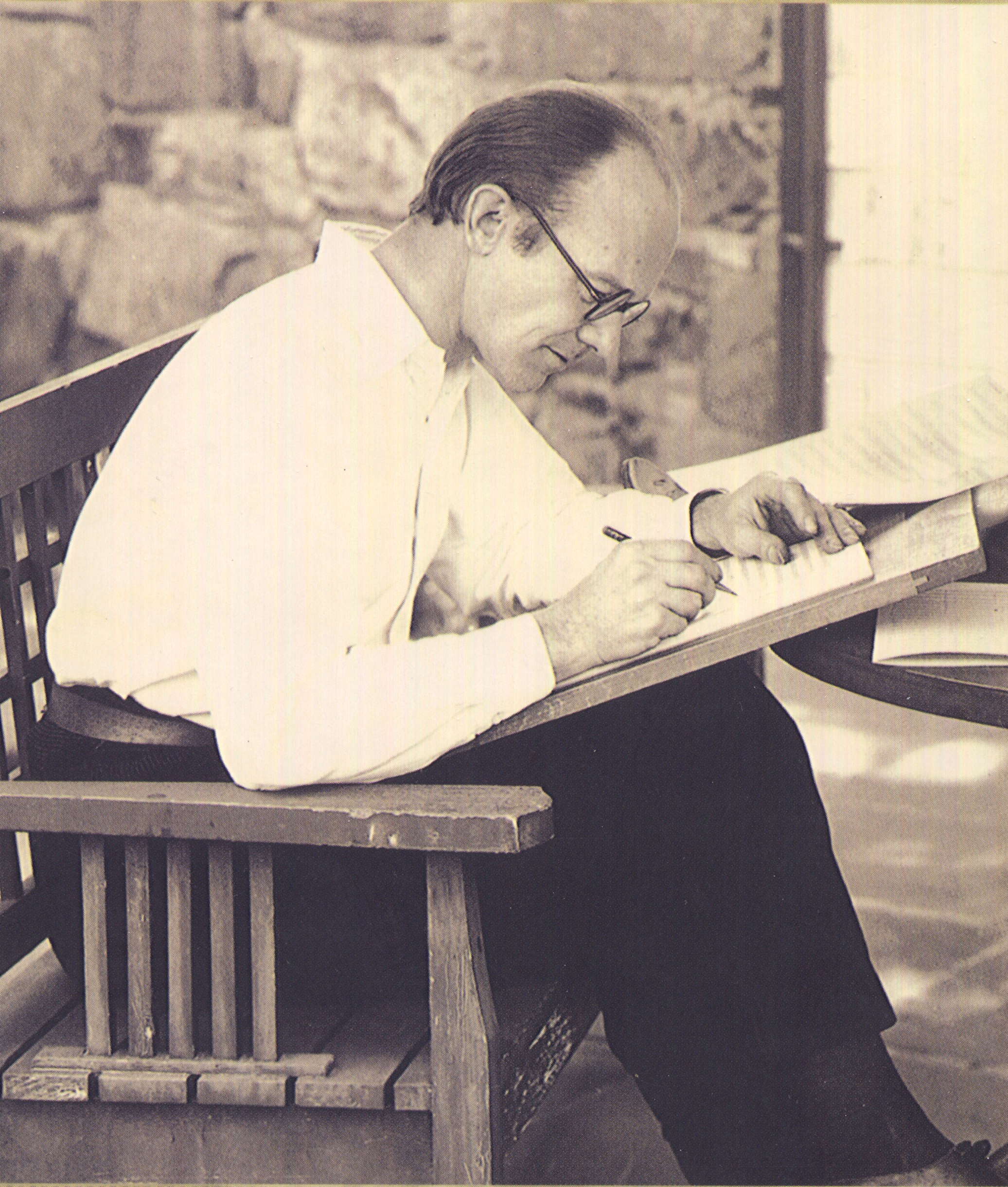 Deems Taylor (1885–1966) ranks among the most prominent and versatile American musical figures of his era. He was a successful composer (two of his operas were performed at the Metropolitan Opera) and a brilliant journalist and critic for several newspapers and magazines. In the 1930s, as radio grew in popularity and influence, Taylor took on all kinds of roles in the new medium. He delivered commentaries during the intermissions of concerts by the New York Philharmonic, and appeared on numerous popular variety shows as the host or as a guest. He was able to explain sophisticated musical ideas in a clear and entertaining way, so he became a sort of ambassador from the world of classical music to the general public. So when Walt Disney needed an emcee for Fantasia, Taylor was a natural choice. 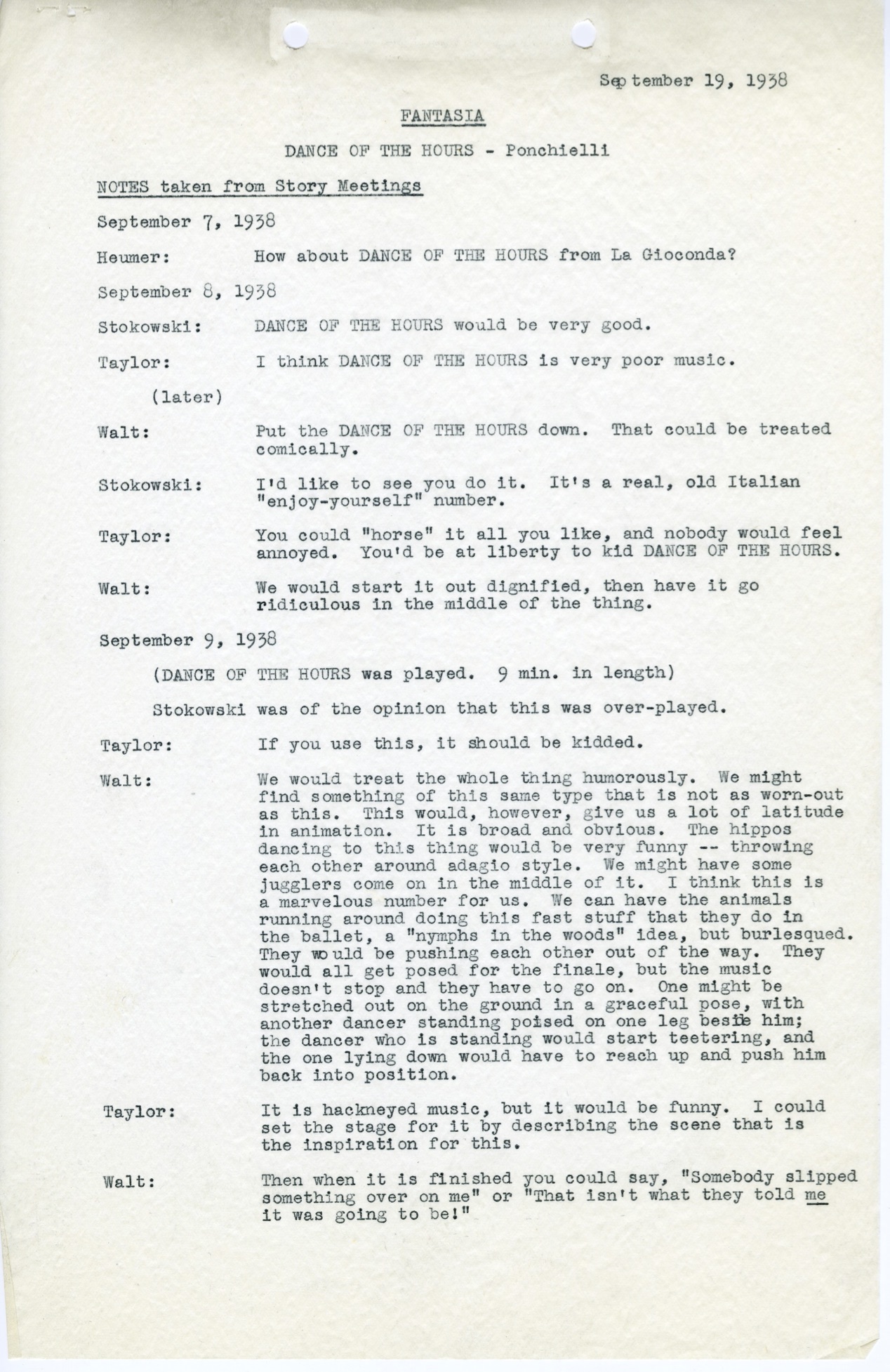 In 1938, Deems Taylor (and his nine-year-old daughter Joan) traveled from New York to Los Angeles to participate in the planning for Walt Disney's animated film Fantasia. While there, they took the opportunity to hobnob with movie stars; Taylor's papers contain many photos taken at Ginger Rogers' swimming pool! But it was not all fun and games; Taylor had numerous meetings with Leopold Stokowski (the orchestral conductor in Fantasia) and Walt Disney himself. Taylor, Stokowski, Disney, and others discussed what musical selections should be used in the film, and how they would be portrayed on screen. They were apparently accompanied by a stenographer, because Taylor's papers contain typed transcripts of excerpts from these meetings.