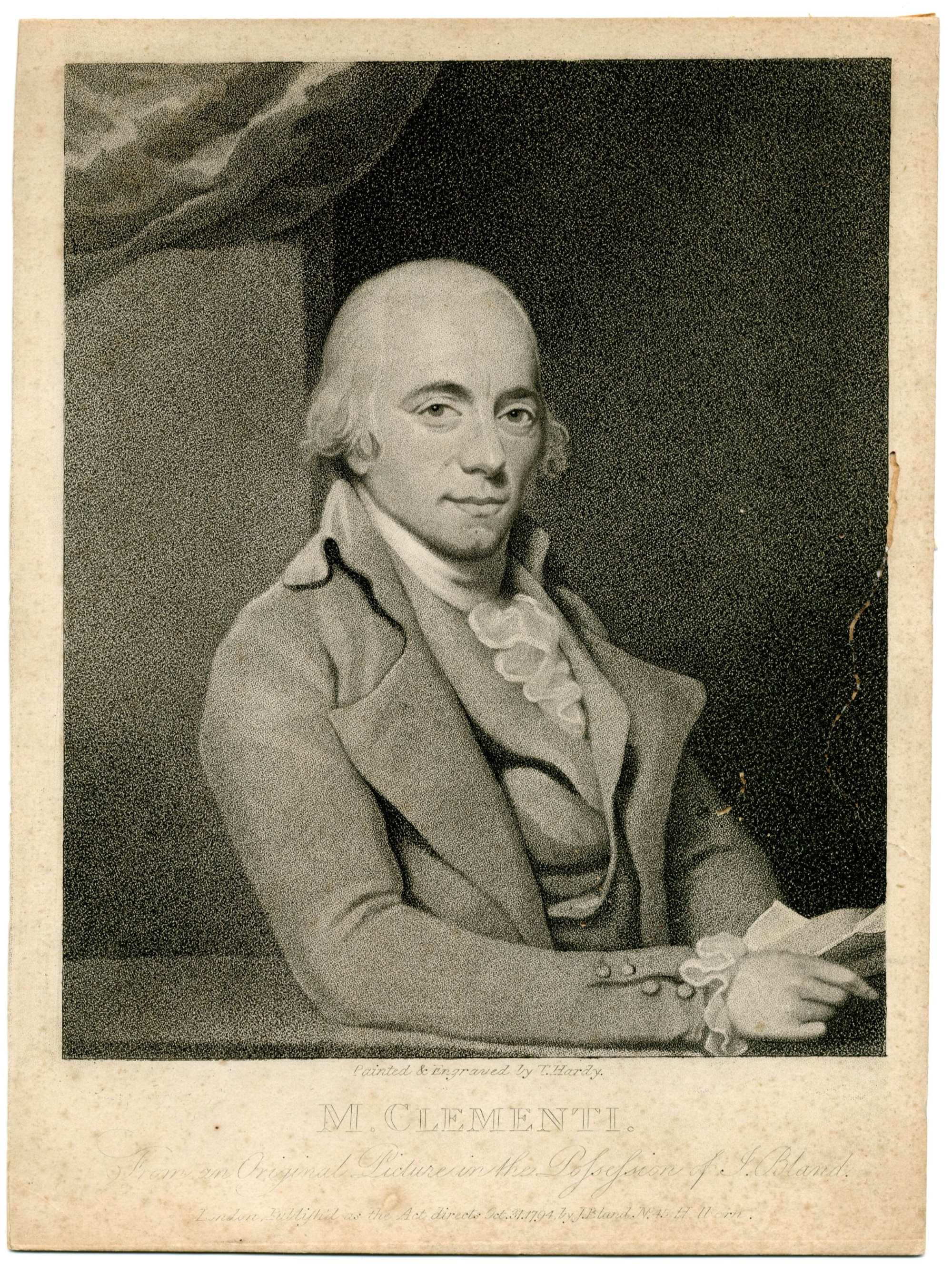 Muzio Clementi was born in 1752, four years before Mozart. But he lived well into the Romantic era; by the time of his death in 1832, Beethoven, Weber, and Schubert had died, Rossini had retired, Donizetti, Bellini, Meyerbeer, and Mendelssohn were already famous, and Berlioz, Chopin, and Schumann were beginning to come to prominence.

For too many music lovers today, Clementi’s name brings to mind only exercises and elementary sonatinas written for young pianists. But he was one of the greatest pianists of his era, the composer of impressive and ambitious works, and also a successful music publisher and piano manufacturer. Born in Rome, Clementi spent most of his career in England; he was so highly esteemed there that he was buried in Westminster Abbey.

This engraving is from Misc. Ms. 174, Florence Wilshire: Muzio Clementi and His Era, an archival collection containing drafts and research material belonging to Florence Wilshire, the author of an unpublished biography of Clementi. She was Clementi’s great-granddaughter.

The Gilmore Music Library also owns a letter that Clementi wrote to his father on Christmas Eve, 1781. Later same day, he and Mozart both performed for the Holy Roman Emperor Joseph II in a famous piano competition (which was declared a tie). (Music Library Special Collections, Miscellaneous Letters and Documents File, A-F, Misc. Ms. 372) 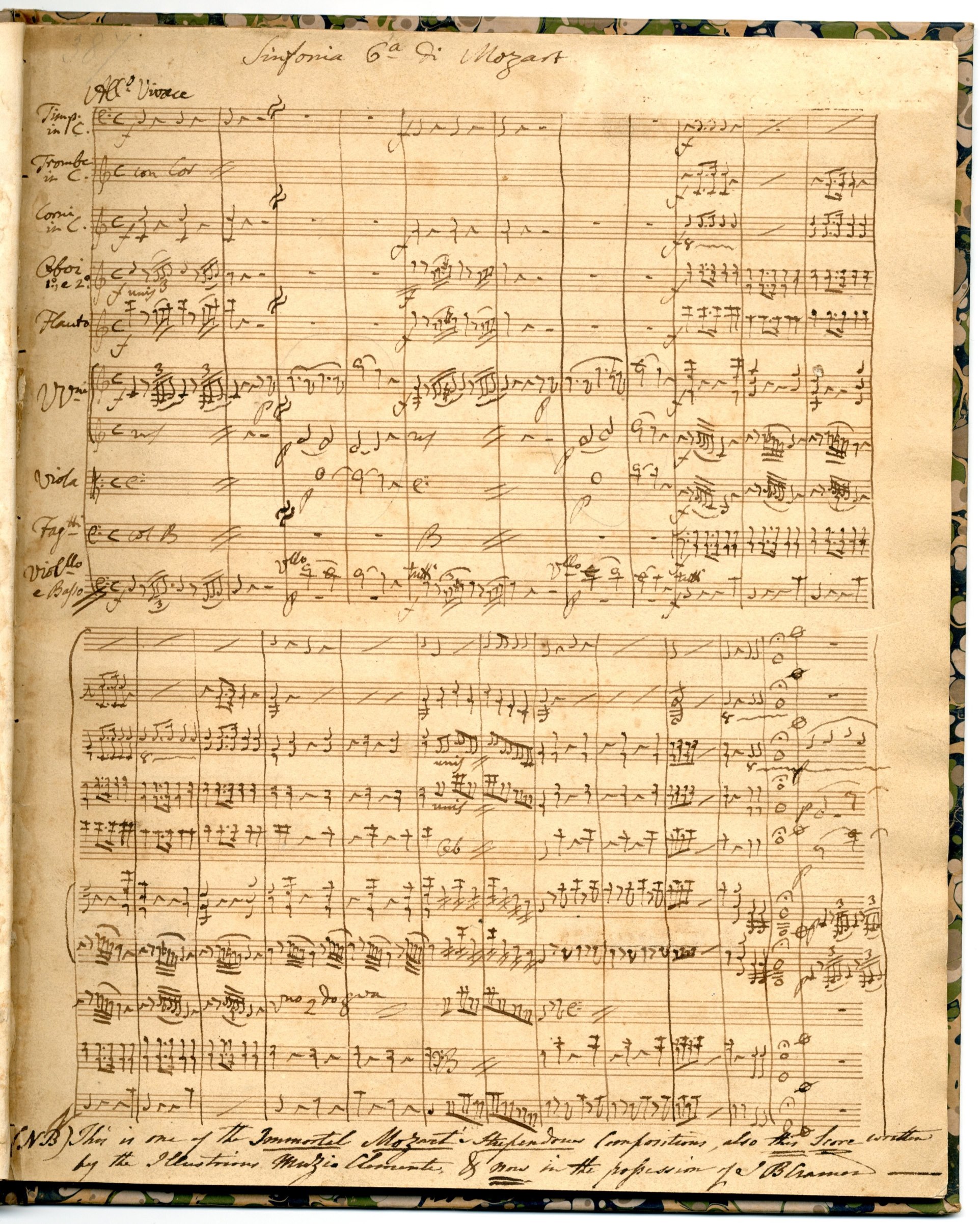 This manuscript score of Mozart’s celebrated Symphony No. 41 (often called the “Jupiter” Symphony) is in the hand of Muzio Clementi. In earlier centuries, when music publication was expensive and labor was cheap, copying music by hand was a cost-effective practice. Countless works circulated only in manuscript copies, and many young composers honed their skills (and expanded their libraries) by making handwritten copies of whatever music was available to them. But Clementi’s motive for copying this symphony is mysterious. His manuscript is apparently based on the first published edition of the full score (London: Cianchettini & Sperati, ca. 1810). By that time, Clementi had long been a famous musician and a prosperous businessman. He would have had no trouble purchasing published scores, and if he required a manuscript copy for some reason, he could have hired a copyist. Perhaps this time-consuming project is a mark of his esteem for his erstwhile rival, Mozart.

This manuscript belonged to the eminent pianist Johann Baptist Cramer, a student of Clementi.

Both of the items on this page are part of an online exhibition, Boundaries of Romanticism.