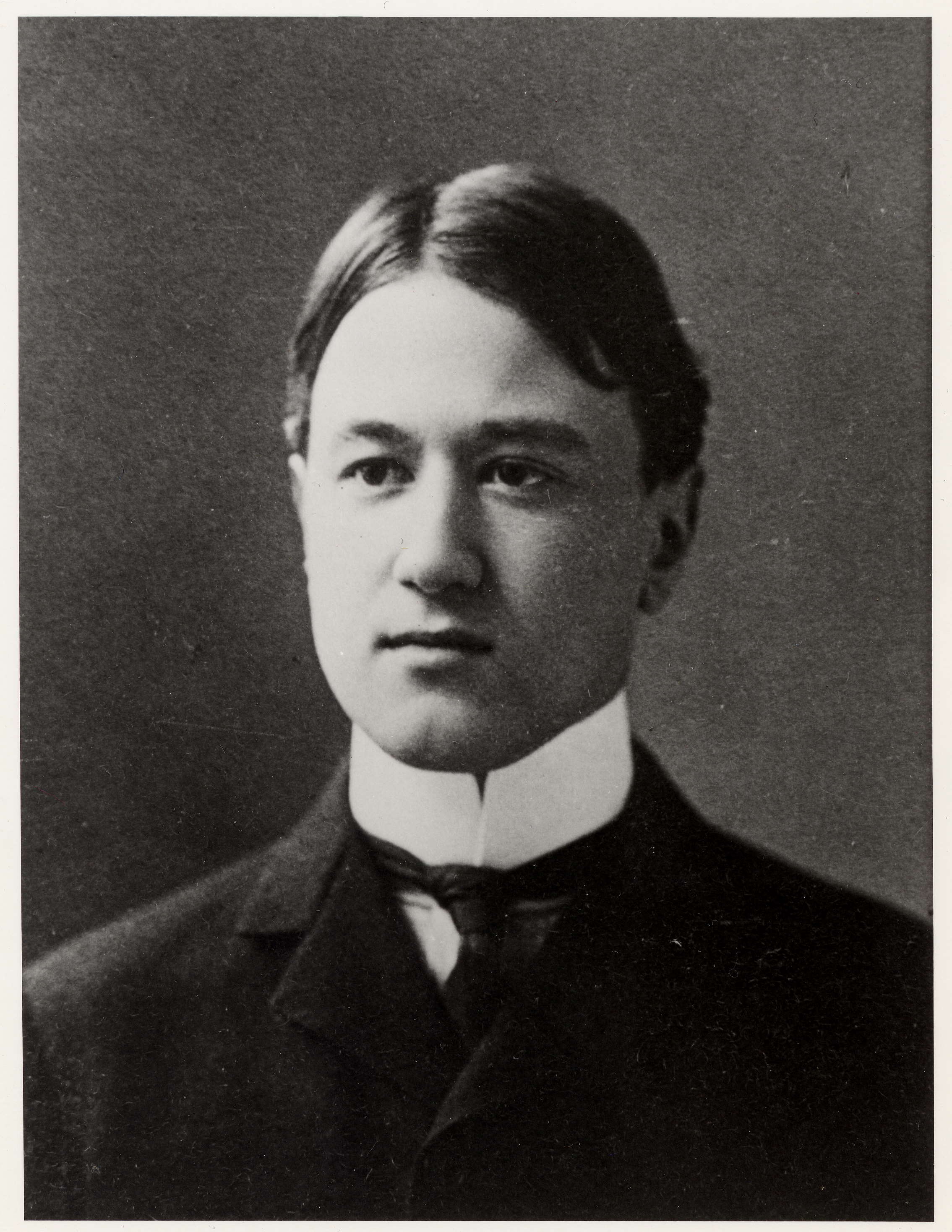 Born in Danbury, Connecticut in 1874, Charles Ives studied music with a variety of teachers, including his father George, a town bandmaster whose eclectic tastes influenced his son. Charlie showed his talents early, and by the age of 14 he was already a professional church musician.
In 1893, Ives became a student at the Hopkins School in New Haven, and in 1894 he enrolled at Yale College, from which he graduated in 1898. During his student years, he also worked as a church musician at St. Thomas’s Episcopal Church and then at Center Church on the New Haven Green. Ives’s student experience at Yale was typical for his era. He studied classical and modern languages and literatures as well as math and history, he was enthusiastic about collegiate sports, and he belonged to Delta Kappa Epsilon and Wolf’s Head. Ives studied music with the renowned Horatio Parker, who honed his skills in harmony, counterpoint, and form. Parker and Ives did not always see eye-to-eye, as Ives was already showing a fondness for bold dissonances that had no place in Parker’s more traditional style, but the experience was nonetheless productive for the younger composer, and helped form the basis of his future technique.
After graduating from Yale, Ives worked as a church musician and composer for a while, but eventually decided to pursue a career in the insurance business, where he was extremely successful. In his spare time, he continued to compose, though his works were rarely performed. In 1918 he became seriously ill with diabetes, and his medical problems curtailed his work in both music and insurance. His final three and half decades were spent largely in seclusion.
During this long retirement, Ives’s music, which had languished in obscurity for many years, began to reach a broader public, thanks to the efforts of a few dedicated and enthusiastic supporters, John Kirkpatrick foremost among them. By the time of his death in 1954, Ives was regarded by many as the great American composer, famous for his highly personal combination of classical forms, modernist dissonance, quotations from diverse musical sources, and transcendental beauty.
Ives’s papers came to Yale after his death, and they were catalogued by Kirkpatrick and Vivian Perlis. (Perlis also interviewed many of his friends and associates, thus laying the groundwork for what is now Oral History of American Music, an ongoing project at the Music Library that celebrated its 50th anniversary in 2020.) The Ives Papers are perhaps the most intensively studied of all the Music Library’s archival collections. 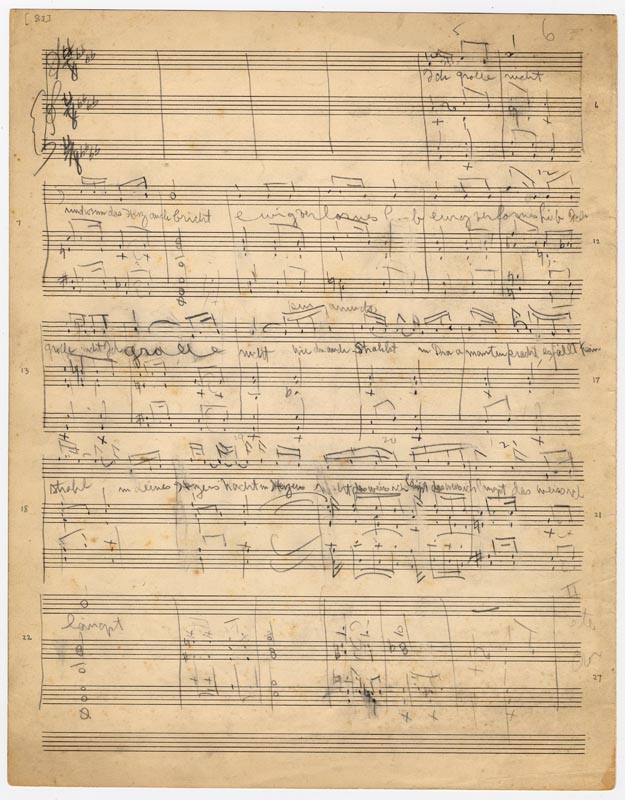 As an undergraduate at Yale, Charles Ives set to music Heinrich Heine’s “Ich grolle nicht” (“I’ll not complain”). You might be surprised that Ives, the quintessentially American composer, would choose a German poem. He composed this song for a class taught by Horatio Parker (1863–1919). Heine’s text is famous—even in the English-speaking world—because of Robert Schumann’s celebrated setting in the song cycle Dichterliebe. For the same assignment in Parker’s class, Ives also com­posed his own setting of “Feldeinsamkeit” (or “Summerfields,” in the translation Ives used) by Hermann Allmers, a more obscure poem that was previously set by Brahms.

In the spring of 1898, the composer George Whitefield Chadwick (1854–1931), the head of the New England Conservatory, visited Parker’s class and heard these two songs. According to a note that Ives wrote on a copyist’s manuscript of “Ich grolle nicht” (later published in Memos, edited by John Kirkpatrick), Chadwick—who arrived after lunch with beer on his breath—particularly admired “Summerfields,” saying that it was almost as good as Brahms. Winking at his friend Parker, he added, “That’s as good a song as you could write.” Ives tells us less about the reaction to “Ich grolle nicht,” except to report that Parker deemed it nearer to Schumann’s setting than “Summerfields” was to Brahms.

The manuscript displayed here is an early sketch for “Ich grolle nicht.” In 1922, Ives pub­lished his 114 Songs, including both of the songs mentioned here. Nearly a quarter century had passed since his graduation from Yale, and he had produced a long series of remarkably modern compositions, but he still worried about where he stood in relation to Schumann; his footnote to “Ich grolle nicht” reads:

The writer has been severely criticized for attempting to put music to texts of songs which are masterpieces of great composers. The song above and some others were written primarily as stu­dies. It should be unnecessary to say that they were not composed in the spirit of competition; neither Schumann, Brahms, or Franz will be the one to suffer by a comparison,—another unne­cessary statement. Moreover, they would probably be the last to claim a monopoly of anything—especially the right of man to the pleasure of trying to express in music whatever he wants to. These songs are inserted not so much in spite of this criticism as because of it.

Ives and his music appear in several of the Gilmore Music Library's online exhibitions.