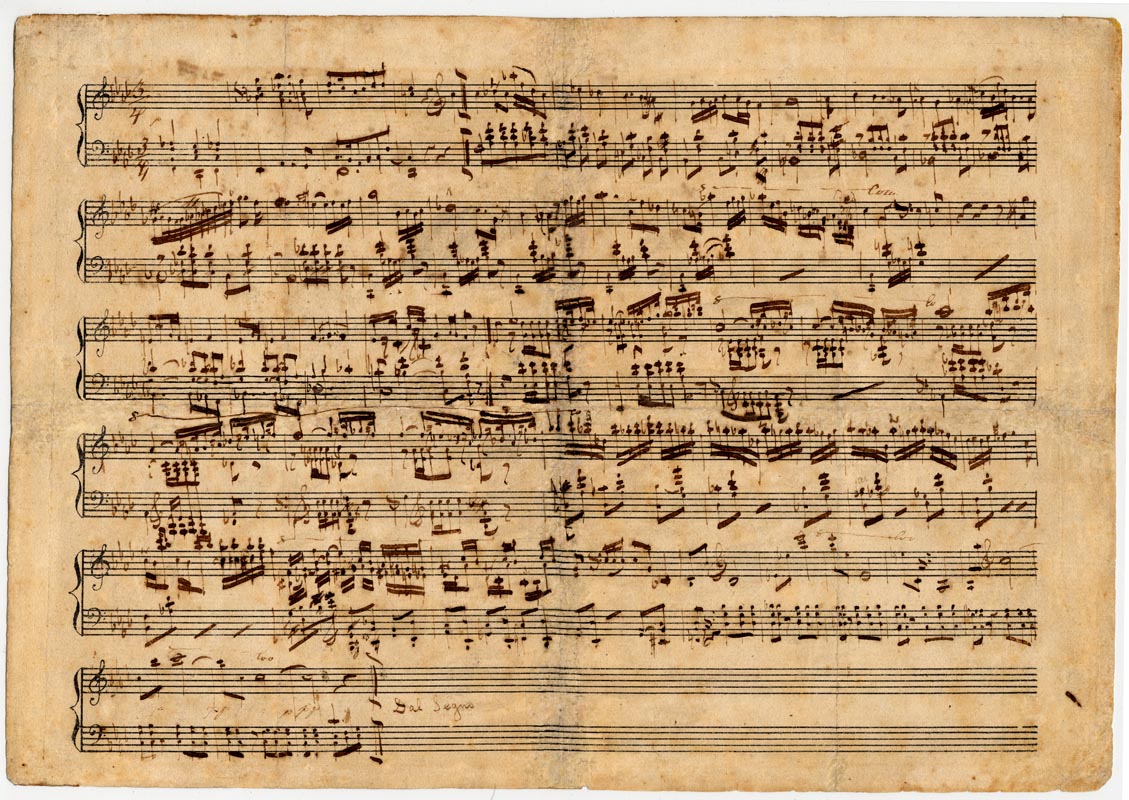 The polonaise (also known as the polacca) had its origins as a Polish folk dance, but it was taken up by composers in western and central Europe, who often employed it as a mild form of exoticism, sometimes in suites with dance forms that stemmed from a variety of countries. Bach, Beethoven, Schubert, and many other non-Polish composers wrote polonaises from time to time. When Poland went into political decline in the late 18th century, Polish musicians turned it into a symbol of nationalism. Chopin continued this tradition, employing the polonaise for some of his grandest and most distinctive works.

Chopin wrote this manuscript for the F Minor polonaise in 1828 or 1829, while he was still a teenager living in Poland. The Chopin Society in Warsaw holds a second manuscript, dated 1836. It differs from our score in several places, but scholars believe that the discrepancies probably do not indicate conscious revisions, but rather Chopin’s imperfect recollection of the piece as he wrote it out from memory, about eight years after its creation. Although this polonaise dates from the early part of his career, it bears a high opus number (Op. 71, no. 3) because it was not published until 1855, six years after his death.

This manuscript comes from the Gilmore Music Library's Opochinsky Collection, which contains about 300 musical manuscripts, letters, and other documents written by prominent musicians. They were assembled by David Opochinsky, an engineer whose company, Titra-Film, provides subtitles and dubbing for the movie industry. Opochinsky, who was born in the Polish city of Lódz in 1900, was trained as a violinist at the Moscow Conservatory. (His success in business eventually enabled him to purchase violins by Stradivari and Guarneri.) He also played the piano; in fact, he got his start in the movie business as a pianist for silent films. Opochinsky moved to the United States in 1942, and he began collecting rare music documents in 1950. He died in 1974, and in 1986 his heirs generously donated his collection to Yale University. It also includes the Chopin letter, portrait, and stamp on display in this exhibit, as well as compositions, letters, or autographs by C.P.E. Bach, Haydn, Mozart, Schubert, Mendelssohn, Liszt, Schumann, Tchaikovsky, Dvorák, Grieg, Scriabin, Rachmaninoff, Kreisler, Casals, Bartók, Stokowski, Stravinsky, Berg, Prokofiev, Copland, and many other eminent composers and performers. 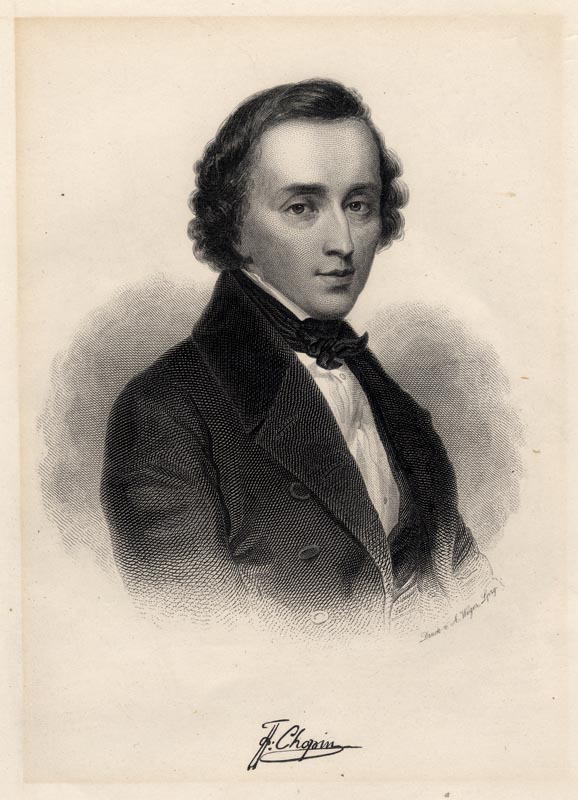 In 1846, Ary Scheffer (1795-1858) painted a portrait of Chopin at Nohant, George Sand's estate in central France. This engraving, made by August Weger (1823-1892) of Leipzig, is based on Scheffer's painting. Music Library Special Collections, Opochinsky Collection.