Resources on Women at Yale : Introduction

Contains annotated references to archival resources on women students, faculty, and other members of the Yale community.

A Short Introduction to the History of Women at Yale

The issue of women's education at Yale has been debated (by men) since at least 1773. That year, Yale student Nathan Hale won a "forensic debate" in front of his classmates, on the subject of "Whether the Education of Daughters be not without any just reason, more neglected than that of Sons.” Hale argued "most ably," in the words of one fellow student, on behalf of women's education. Just ten years later, twelve-year-old Lucinda Foote was interviewed by Yale President Ezra Stiles, who wrote in his diary that, "Were it not for her sex, she would be considered fit to be admitted as a student in the freshman class of Yale University." However, almost a century would pass before women were admitted to Yale as students in any capacity. Leading the way was the School of Art, which opened as the University’s first coeducational school in 1869. Alice and Susan Silliman – both daughters of notable Yale professor Benjamin Silliman, Jr. – were among the students in its first cohort.

At the same time, women participated in Yale life in many other capacities. Women worked for the University, providing essential labor and expertise as librarians, clerical workers, and dining hall staff. Beginning in 1905 with Florence Bingham Kinne in the Pathology Department, they were also hired as instructors, although it took another fifteen years for a woman to be hired as a Yale professor, and almost four decades before women were appointed to teach male undergraduate students. Wives of Yale faculty and administrators, such as Katherine Cramer Angell (wife of President James Rowland Angell) and outside benefactors such as Mary Stillman Harkness and Mary Goodman, supported the University as philanthropists. Social organizations like the Yale Dames and Yale University Women's Organization gave the wives of male Yale faculty and students places to find community and organize charitable activities.

Still, it was only in 1969, with the arrival of the first female undergraduates at Yale College, that Yale could claim to be fully coeducational. Ever since then, women have continued to fight for representation and opportunities in many areas of University life, from equal support for women's athletics, to the establishment of the Women's, Gender, and Sexuality Studies Program.

For a more thorough overview of the history of women at Yale, view the timeline at the 50WomenAtYale150 initiative. 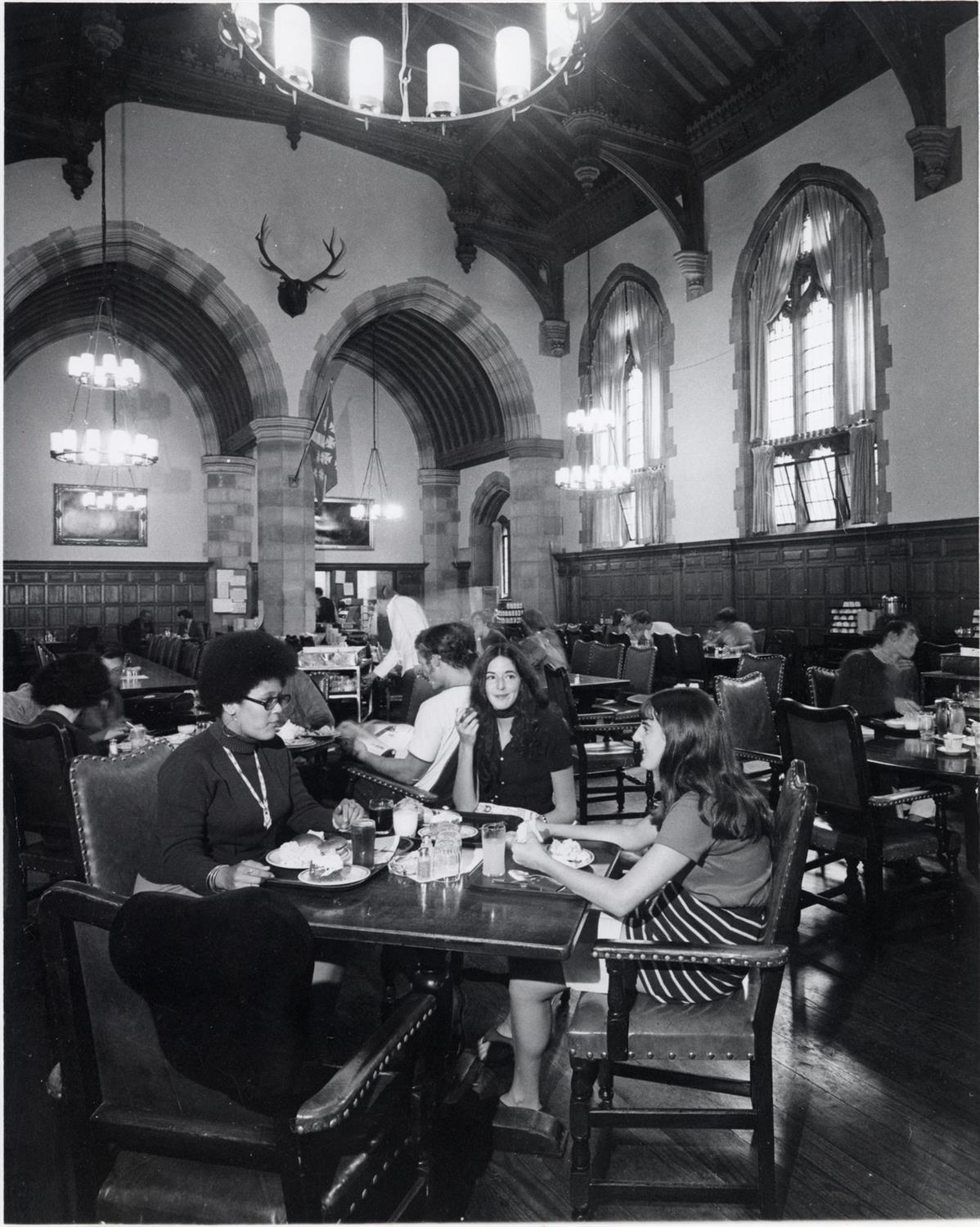