Resources on Women at Yale : Audio and Visual Materials

Contains annotated references to archival resources on women students, faculty, and other members of the Yale community.

-Accn. 2002-A-093, Box 5, folder 247: (c.1995-2001): Materials related to the film A Hero for Daisy, which chronicles the actions of Yale College alumnus and two-time Olympian Chris Ernst. While a member of the Yale women's rowing team, Ernst led her teammates in a dramatic protest against inequality in women's athletics at Yale.

RU686: Guide to the Office of Public Affairs, Yale University, Photographs of Individuals (1870-2005)

This collection consists of various motion picture and audio recordings documenting Yale University and New Haven. Some items are particularly relevant to the history of women at Yale, especially around the time of coeducation for Yale College.

The materials consist of audiotapes, a videotape, transcripts, and project and background files relating to "One Story, Many Voices: An Oral History of the Yale University Women's Organization." 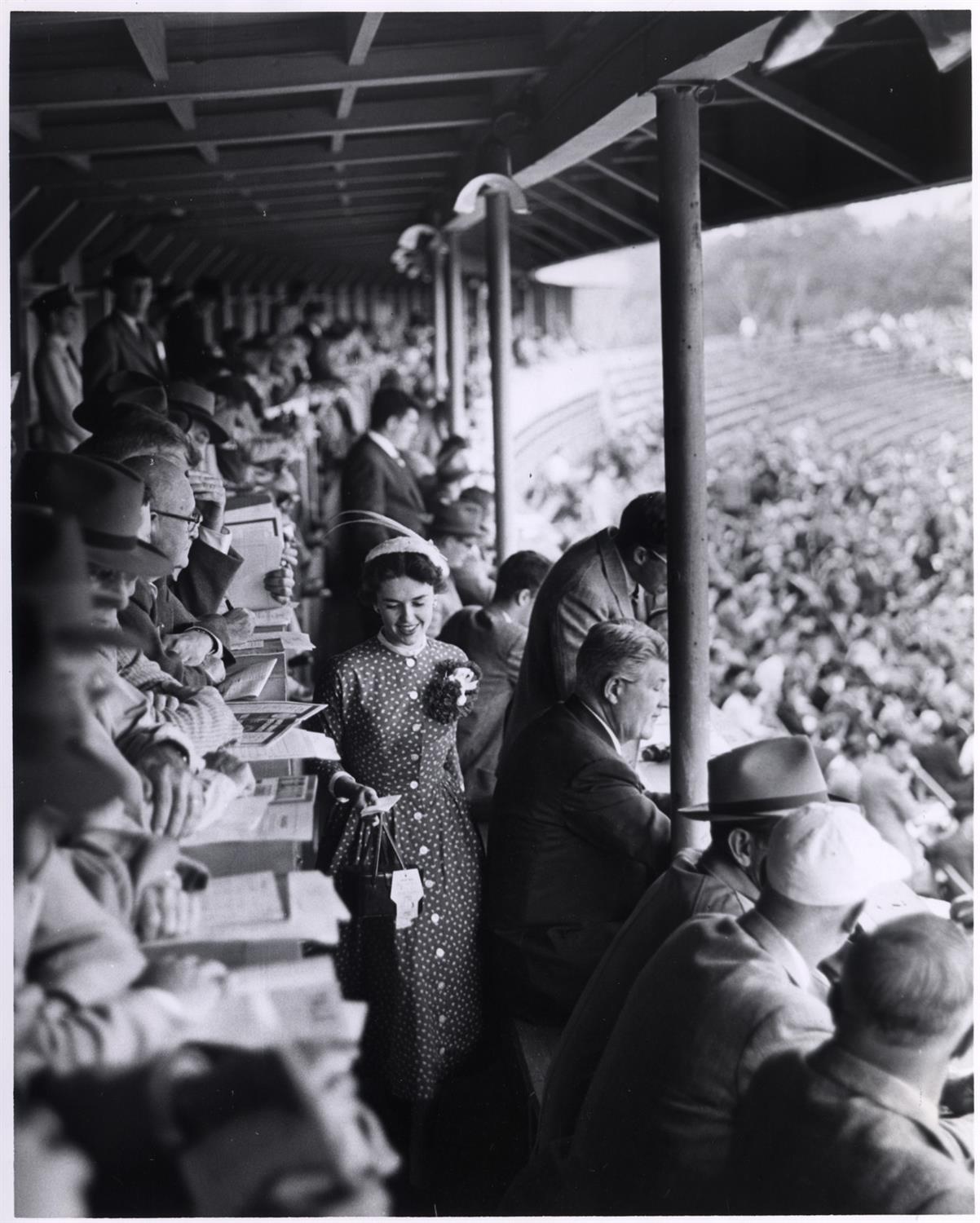 Anne Morrisy, a college senior and sports editor for the Cornell Sun paper at Cornell University, became the first woman to enter the Yale University Press Box when she covered the Yale-Cornell football game on Saturday, October 16, 1954 (RU690, Box 10, folder 163)

This collection consists of sound recordings and edited transcripts of oral history interviews conducted by Florence Minnis with women faculty, administrators, and staff affiliated with Yale University. The edited transcripts, produced for readability, do not closely match the audiorecordings.

-RU1055, Acc. 2008-A-001: Elga Wasserman (2004): Arguably the single most important figure in the history of coeducation at Yale, Dr. Wasserman served as Special Assistant to President Brewster on the education of women, then as Chair of the Committee on Coeducation and head of the Office on the Education of Women.