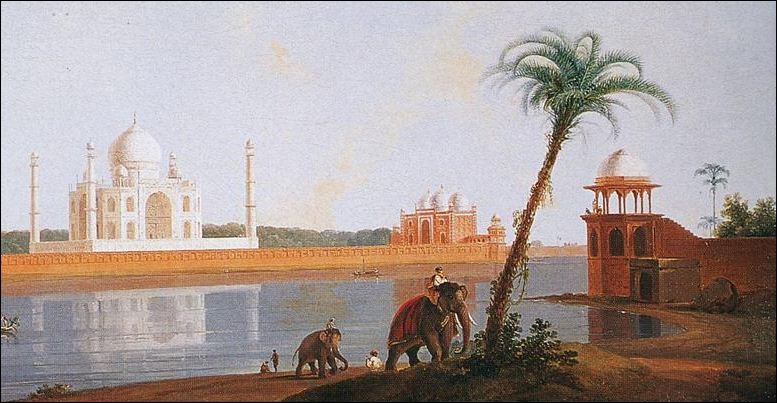 Thomas Daniell. "View of the Taj Mahal from the opposite bank of the Yamuna," 1867.

This is a small sampling of the primary sources Yale owns that relate to the British in South Asia. Continue to search within the Finding Aids for more records.