Resources available in the Special Collections of the Robert B. Haas Family Arts Library.

Faber Birren (1900-1988) was a leading authority on the effects of color on humans as well as a dedicated collector of texts on color. He was a prolific author publishing 25 books and scores of articles, primarily on the use and effects of color in the workplace. As a collector, Birren's particular focus was on color systems and nomenclature, as well as the more humanistic aspects of color theory. He began his collection in the early part of the 20th century and donated it to the Art+Architecture Library in 1971. He also left an endowment to ensure the continued growth of the collection which today numbers over 2,000 items. The Birren Collection is particularly strong in color systems, color standards, and color nomenclature. Color theory, artists' manuals and treatises, and color techniques are also well represented. In addition, the collection has materials on vision, psychology, printing and the graphic arts, textiles, music, religion, biology, medicine, heraldry, and the occult and ranges from the 16th century to the contemporary.

The image database facilitates online browsing by providing 1-3 representative images for works that contain images. The most recent acquisitions to the collection have not yet been added to the image database, so also search Orbis for specific queries.

Arts of the Book

With an estimated one million individual specimens, dating from the 15th to the 21st century, the Yale Bookplate Collection is one of the largest such collections in the world. In addition to bookplates, the collection includes a variety of archival and published materials to assist in the identification of bookplates and artists, as well as subscriptions to journals such as Ex libris Chronicle and The Bookplate Journal

Arts Library Special Collections contain a growing number of artists' books. These works take conventions and expectations associated with the book format and exaggerate, subvert, question, or ignore the ways in which the traditional codex looks, acts, and feels. In the words of art historian and book artist Johanna Drucker, they "interrogate the form." Artists' books in ALSC cover a broad spectrum of book works, from highly sculptural pop-ups to more traditionally printed texts, and include unique books, multiples and small editions, and occasional trade books which in some way or another play with the notion of what makes a book a book. A blend of historical collections and contemporary book arts offers a forum to examine the book as a construction, both physical and cultural. Consult our web pages for further information on the history of and term artists' books.

The Overbrook Press was founded by Frank Altschul (Yale '08) in Stamford, Connecticut, in 1934. During its thirty-five years of activity, the press published over two hundred titles. The press was known for the graphic and technical excellence of its work. The Overbrook Press Printing Library includes type specimens and works on printing history, typography, and design. AOB also holds ephemeral publications and job printing done by the press.

The Special Collections Reading Room houses a portion of the library of designer Paul Rand. Works on graphic design, typography, film, writing and other aspects of print culture and communication are housed together in their own section. This allows the reader to experience the collection as it belonged to Mr. Rand, yet to also use these resources in combination with the rest of the Collections.

Type specimen books in ALSC document three centuries of type design and production. Originating as samples printed from metal and wood type fonts available through manufacturers, type specimen books continue to be produced in the era of digital typography. Specimen books demonstrate the visual range of communication available to printers and designers involved in book and job printing. The collection is strongest in examples of nineteenth-century American and British metal type. Most type specimen books are available to browse in the ALSC reading room.  Ephemeral publications are in the archival collection AOB 55.

George Pierce Baker was a professor of English at Harvard University (1888-1925) and first head of Yale University's Department of Drama (1925-1933). Numerous students from his courses in playwriting and his theatre workshop became prominent actors, playwrights, critics, and producers. In addition to being a theatre scholar and the foremost professor of playwriting in his time, Baker was an accomplished theatre practitioner. The George Pierce Baker Collections contain an extensive selection of theatrical literature from his personal library. 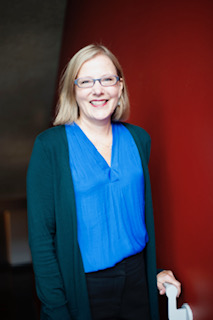